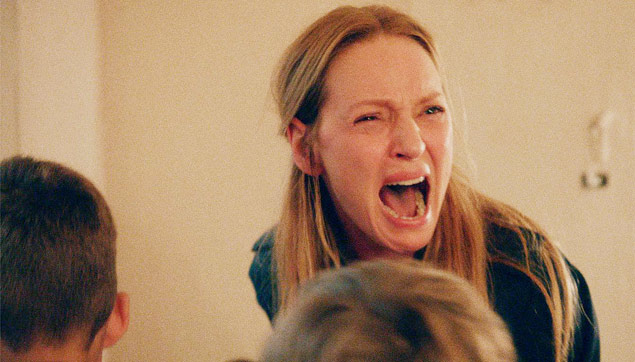 Montages, who revealed last week’s info, now reports that sources in the production say the version that will premiere in Denmark and Norway — in December and January, respectively — will be the “milder softcore version” of the film. As we know, heavy visual effects work is currently occurring for a “pornographic,” hardcore version of the film, as von Trier is seamlessly digitally imposing body doubles, who had sex, below the waist of the actors pretending to have sex.

This hardcore version is now rumored to have a premiere at Cannes next May, where the director is welcomed back with opened arms after causing a stir during his Melancholia premiere. This means that this more explicit version will not be shown theatrically in Denmark and Norway and with Magnolia Pictures previously stating their intent to release the film in early 2014 in the U.S., it sounds like it will be the same here.

We doubt the film will get another theatrical release when it comes time to distribute the hardcore version, so perhaps Magnolia will go the VOD-only route, but we’ll have to wait and see. As we look forward to more details, check out the synopsis below for the film starring Charlotte Gainsbourg, Stellan Skarsgård, Shia LaBeouf, Jamie Bell, Stacy Martin, Christian Slater, Uma Thurman, Willem Dafoe, Connie Nielsen, Udo Kier, and Jean-Marc Barr, and head over here for the first three clips.

Are you disappointed about the release plans for these two different versions, or is Cannes a good fit for the hardcore version?