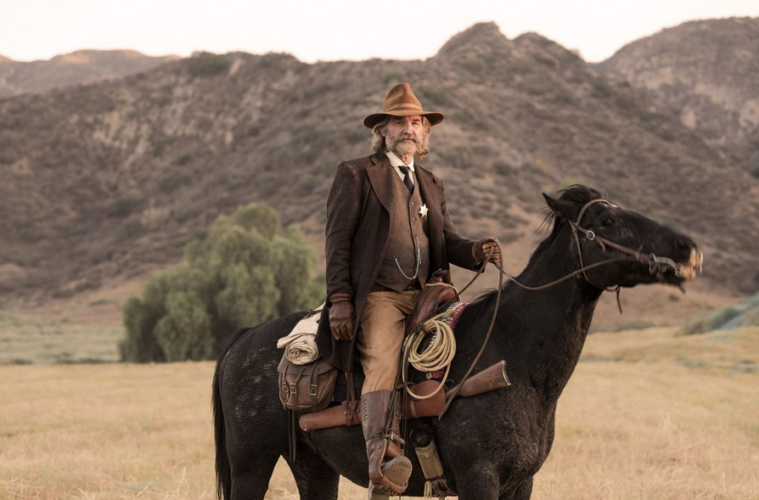 With Furious 7 and The Hateful Eight, it’s shaping up to be the year of Kurt Russell, and that’s not all he has on his slate. Premiering at Fantastic Fest this week and then arriving towards the end of the month is his western Bone Tomahawk. Coming from writer-director Craig Zahler, it follows four men who set out in the Wild West to rescue a group of captives from cannibalistic cave dwellers.

The first trailer has now landed and looks to effectively sell a bad-ass Kurt Russell vehicle, although reviews at Fantastic Fest seemed to be all over the place. One will have to wait until October 23rd to see where they fall (and our take will be coming shortly), but it’s certainly one to keep on your radar in this busy fall season. Also starring Patrick Wilson, Matthew Fox, Richard Jenkins and Lili Simmons, check out the trailer below. (And we’re sorry about the garbage EW player — we’ll replace it as soon as possible.)

When a group of cannibal savages kidnaps settlers from the small town of Bright Hope, an unlikely team of gunslingers, led by Sheriff Franklin Hunt (Kurt Russell), sets out to bring them home. But their enemy is more ruthless than anyone could have imagined, putting their mission – and survival itself – in serious jeopardy. Kurt Russell (The Hateful Eight, Tombstone) leads an all-star cast, including Patrick Wilson (Insidious), Matthew Fox (“Lost”) and Richard Jenkins (The Cabin in the Woods) in this gritty, action-packed thriller chronicling a terrifying rescue mission in the Old West.

Bone Tomahawk arrives on October 23rd in theaters and on VOD.