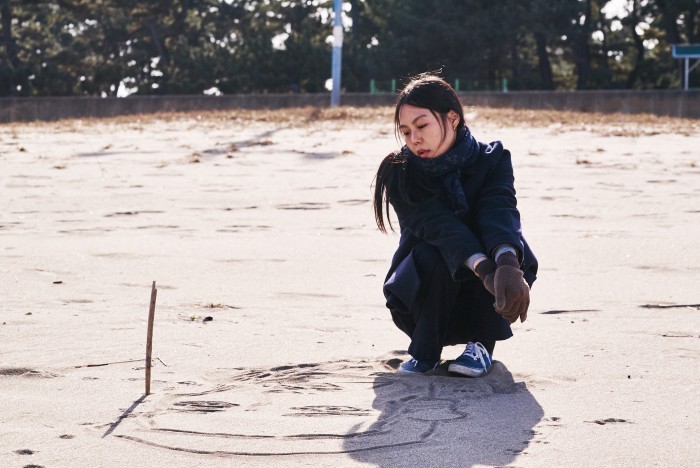 Thanks to last year’s U.S. distribution of Right Now, Wrong Then, Hong Sang-soo has reached a wider audience stateside than ever before. While we’re still waiting on word of acquisition when it comes to his new feature On the Beach at Night Alone — which earned Kim Min-hee a Best Actress award at Berlinale — a beautiful new preview has arrived. The trailer features three extended shots from the film exhibiting our lead’s loneliness in the story of her character pondering a relationship with a married man.

We said in review, “To quote Whitman’s great poem from which this fine film takes its name: “As I watch the bright stars shining, I think a thought of the clef of the universes, and of the future.” On the Beach at Night Alone, a bittersweet tone poem from South Korean writer-director Hong Sang-soo, thinks many a thought about the universe and the future, mostly expressed through nature and the characters’ anxieties about growing old. It’s the 18th feature from the prolific master filmmaker, and one that ponders in the macro while still following the archetypal blueprinted micro we’ve come to expect.”

Check out the new trailer and poster below.

On the Beach Alone at Night is seeking U.S. distribution.