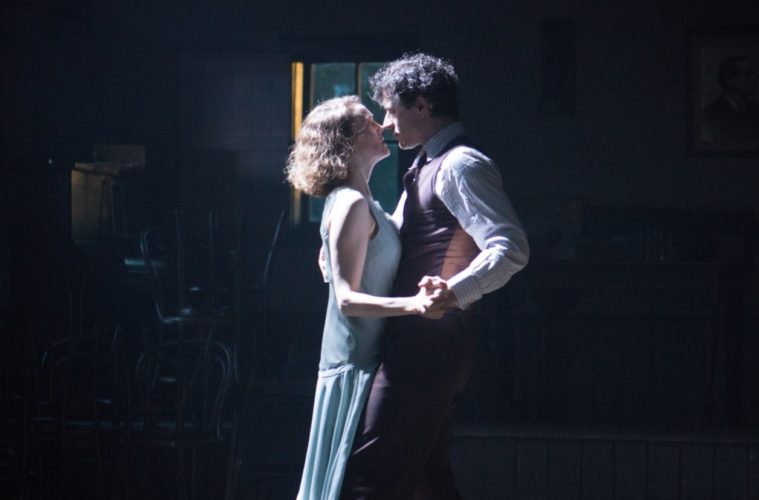 Ken Loach Gets Footloose In U.S. Trailer For ‘Jimmy’s Hall’ If the fairly recent Footloose remake didn’t satisfy your prohibited dance cravings, then look no further as Ken Loach looks to be putting an Irish spin on the story with his latest feature. Jimmy’s Hall, which premiered nearly a year ago at the Cannes Film Festival, will finally be arriving in the U.S. shortly thanks to Sony Pictures Classics and today we have the first domestic trailer.

The drama is set in 1932 Ireland, as we follow James Gralton (Barry Ward), a local communist leader who returns, after a decade-long stay in New York, to open an old dance hall designed for celebrating the spirit of the free thinkers who went to learn, argue, dream and have fun. Set for a U.S. release in July after a showing at Tribeca, check out the trailer below for the film also starring Francis Magee, Aileen Henry, Simone Kirby, Stella McGirl, Sorcha Fox, Martin Lucey, Mikel Murfi, and Shane O’Brien.

In 1921 Jimmy Gralton’s sin was to build a dance hall on a rural crossroads in an Ireland on the brink of Civil War. The Pearse-Connolly Hall was a place where young people could come to learn, to argue, to dream… but above all to dance and have fun. As the hall grew in popularity its socialist and free-spirited reputation brought it to the attention of the church and politicians who forced Jimmy to flee and the hall to close. A decade later, at the height of the Depression, Jimmy returns to Co. Leitrim from the US to look after his mother and vows to live the quiet life. The hall stands abandoned and empty, and despite the pleas of the local youngsters, remains shut. However as Jimmy reintegrates into the community and sees the poverty, and growing cultural oppression, the leader and activist within him is stirred.