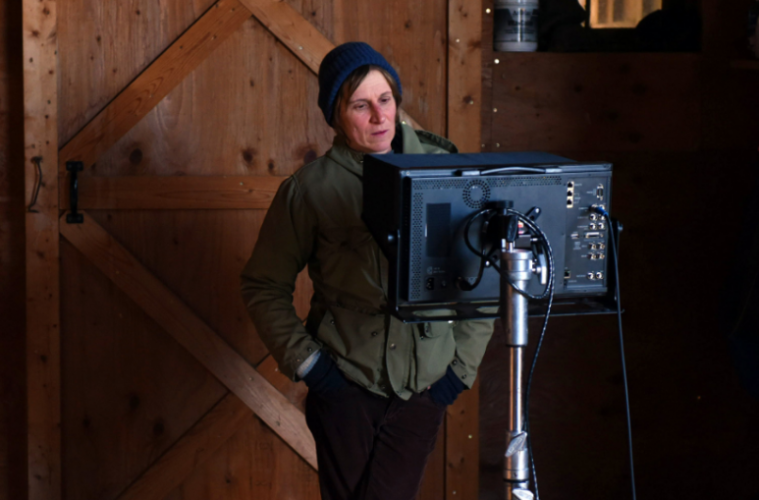 Recently crossing the $1 million mark at the domestic box-office, Certain Women has become Kelly Reichardt‘s most successful film yet — and one of her best. While it usually takes some time after the release of her latest work to learn what she’ll be doing next, we already have the details.

Her next feature will find her collaborating with a writer from a place she knows all too well: Oregon. In an interview with LA Times, she reveals she’ll be adapting Undermajordomo Minor, a novel from Patrick DeWitt, who wrote Terri a few years back and whose book The Sisters Brothers is being turned into a feature by Jacques Audiard, starring John C. Reilly.

The book, which is described as a black comedy, follows an assistant at a remote castle whose adventure includes “theft, heartbreak, mystery, and cold-blooded murder.” It certainly sounds like a 180-degree turn from the relative calmness of Certain Women, so we’re excited to see what comes of it. Currently in the writing stages, the only other detail is that Reichardt might shoot it outside of the U.S., but one can check back for casting when the time comes.

In the meantime, see the synopsis below, along with a book trailer and reading from the author, and pick up the novel on Amazon. One can also read our recent interview with the director.

Friendless and loveless, young and aimless, Lucien (Lucy) Minor is the resident odd duck in his bucolic hamlet of Bury, a weakling and compulsive liar in a town famous for producing brutish giants. When Lucy finds employment—as Undermajordomo, assisting the Majordomo of a remote, foreboding castle—he soon discovers the place harbors many dark secrets, not least of which is the whereabouts of the castle’s master, Baron Von Aux. Along the way, he encounters thieves, madmen, aristocrats, and Klara, a delicate beauty for whose love he must compete. Thus begins a tale of theft, heartbreak, mystery, and cold-blooded murder in which every aspect of humanity is laid bare for our hero to observe. Undermajordomo Minor is an adventure story, a fable without a moral, an ink-black comedy of manners, and a love story—and Lucy must be careful, for love is a violent thing.