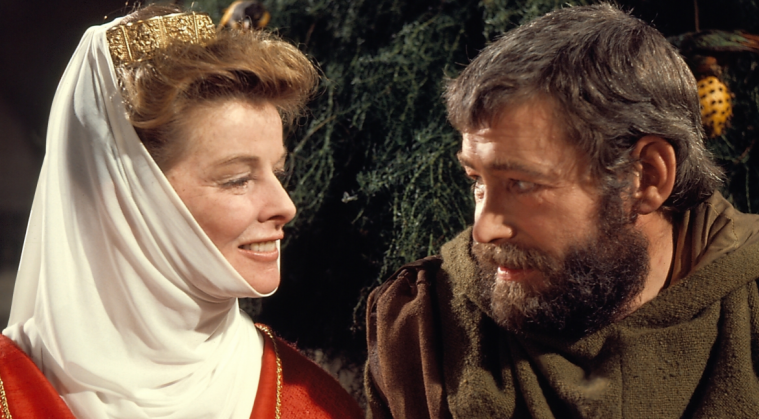 Nearly fifty years since its initial theatrical release, Christmas will be coming early as Anthony Harvey‘s acclaimed drama The Lion in Winter will be returning to theaters. Starring Peter O’Toole, Katharine Hepburn, Anthony Hopkins, and Timothy Dalton, the period drama has undergone a 4K restoration thanks to StudioCanal and now we have a new trailer.

Winner of three Academy Awards — Hepburn for Best Actress, James Goldman for Best Screenplay and John Barry for Best Music — the film follows King Henry II in 1183 as he decides who will inherent the throne. A timely restoration considering it occurs during Christmas Court, the trailer certainly highlights that aspect. If you’re not in New York or Los Angeles, one can expect a U.S. home video release (Criterion?) sometime next year.

The most royal of the cycle of ’60s films dealing with the history and palace intrigues of Tudor England, Anthony Harvey’s The Lion in Winter returns in a new 4K restoration by Studiocanal. At Christmas Court in 1183 King Henry II (Peter O’Toole) argues with his estranged wife, Eleanor (Katharine Hepburn) over whether Prince John (Nigel Terry) or Richard the Lionheart (Anthony Hopkins in his film debut) shall inherit the throne. Complicating matters is King Philip II of France (Timothy Dalton, also his debut) who seeks his own fortune by demanding his daughter Alais (Jane Merrow), currently Henry’s mistress, be betrothed to Richard.