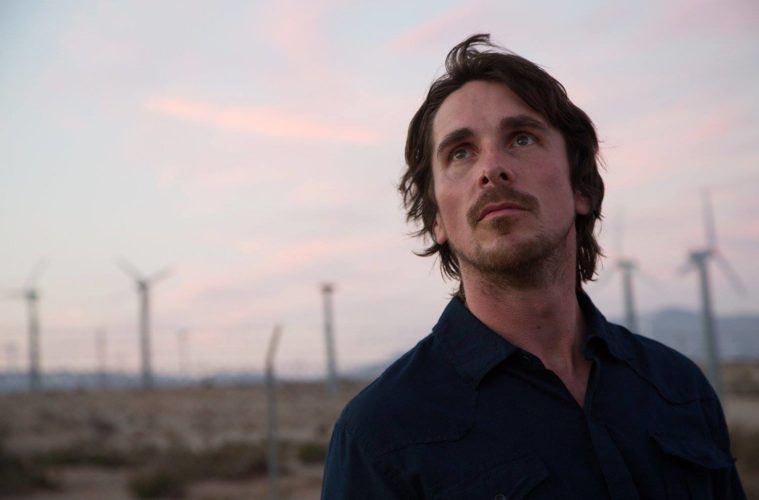 2016 may not have been a great year for a multitude of reasons, but if you spent a substantial portion of it inside a theater — more precisely, an arthouse one — there was no shortage of marvelous cinematic experiences to be had. Out of the 200+ plus releases from this year I watched, I’m at least positive on over half, and, as such, it was near-impossible to narrow it down to a top ten, plus five honorable mentions.

Missing the cut are a number of great dramas (Moonlight, The Handmaiden, Elle, Things to Come, My Golden Days, Embrace of the Serpent, Mountains May Depart, Wiener-Dog) and documentaries (I Am Not Your Negro, Voyage of Time: The IMAX Experience, Kate Plays Christine, O.J.: Made in America, One More Time with Feeling) that could’ve made the list in any other year.

When all is said and done, here are the 15 films that most resonated with me this year. Along with the below feature, one can see a vague ranking of all (203) 2016 films I’ve viewed here, as well as my 100 favorite non-2016 films I watched for the first time here.

Say what you will about comic-book adaptations and the like, but there may not be a genre more tired in Hollywood than the coming-of-age film. Thanks to their relatively cheap budgets and aims to connect with a pre-determined movie-going (though even that is up for debate) audience, many often feel like they are hitting checkboxes and not much else. Enter The Edge of Seventeen, which depicts teenage angst with such pinpoint accuracy one wonders why it’s never been handled precisely this way before. A debut no less, writer-director Kelly Fremon Craig‘s script — which never dumb downs or generalizes the high school experience — is brought to life perfectly by Hailee Steinfeld in an emotionally honest performance that even outpaces her break-out in True Grit.

It’s not rare for an adjective such as “dreamlike” to be attributed to any number of films each year, but recalling the experience of seeing Kaili Blues many months ago quite literally feels like a dream I had rather than the memory of sitting in the cinema, watching a movie unfold. Bi Gan‘s debut is not just impressive for its 41-minute single take, but the serene, affecting way in which it is able to depict this specific landscape of contemporary China. In a world of cinema that aims to satisfy with every rapid new cut, Kaili Blues is one of the most refreshing, bold films of 2016. Sit back, let the images wash over you, and your worldview will feel anew.

With a relatively small theatrical roll-out earlier this year, it’s likely you haven’t heard of Henry Gamble’s Birthday Party, but Stephen Cone‘s drama is one of the best films of 2016. Authentically capturing a conservative upbringing and the repression therein, it takes place over one day as we follow Henry (Cole Doman, in a wonderful break-out performance) and his group of friends — as well as adults from the local church — as they skirt around trauma, burgeoning sexuality, and more. Directed with a level of intimacy and emotional truth by Cone simply not present in most dramas — regardless of budget — it’s an essential watch.

For being perhaps the most consistent American filmmakers working together, the Coens‘ relationship with Hollywood has been depicted in atypical ways throughout their career, most notably as a life-threatening nightmare. With their latest feature, Hail, Caesar!, they head back to a time in which they were never able to make movies to do just that. All while poking fun at the perpetual machine-like grind of studio output, we get to witness a handful of genres lovingly brought to life by the brothers. Some may call it scattershot storytelling, but every piece of this tinseltown puzzle works so impeccably well on its own that the cumulative effect makes for one of 2016’s most entertaining films.

As with the rest of Terrence Malick’s filmography, especially as of late, I already fear I’m undervaluing its staying power upon first glance — or, as in the case of Knight of Cups, after a handful of viewings. The charges against its supposed lack of plot continue to baffle, as an entire film’s worth of storytelling can be found in each of the eight chapters, ranging from one of the more articulate renderings of Hollywood on film to the power of femininity. A recent rare public appearance is likely all we’ll directly glean from Malick for some time, but, with his last few features, he has bared open life’s deepest pains and offered up his interpretation of potential salvation. This sort of filmmaking audacity should be cherished.

One need not have any background with faith to be enraptured by the philosophical questions at the center of Silence. Sure, having a theological familiarity with the soul-wrenching struggle of Sebastião Rodrigues (Andrew Garfield) will increase one’s appreciation, but Martin Scorsese‘s adaptation of Shūsaku Endō‘s novel succeeds as a lucid exploration for anyone who has been conflicted with a crucial decision. By meticulously placing us into the battle both internal (through voiceover) and external (how the basis of that voiceover wars with opposing views) raging through Rodrigues, Scorsese’s feat is his patient build-up to one of the most profound endings of his career.

Jim Jarmusch proved he was back in a major way with Only Lovers Left Alive a few years ago, and the streak continues with Paterson, a calm, introspective drama with such positive views on marriage and creativity that I was left floored. In following the cyclical life of Adam Driver‘s Paterson, a bus driver in Paterson, New Jersey, who also has dreams of being a poet, Jarmusch superbly shows that one’s own life experience — however seemingly insubstantial — is the only requirement to produce something beautiful. Moreso than any other film in 2016, this is the kind of world I want to live in.

That emotional profundity most directors try to build to across an entire film? Mike Mills achieves it in every scene of 20th Century Women. There’s such a debilitating warmness to both the vibrant aesthetic and construction of its dynamic characters as Mills quickly soothes one into his story that you’re all the more caught off-guard as the flurry of emotional wallops are presented. Without ever hitting a tonal misstep, Mills’ latest feature takes place in a short period of time within relatively few locations, yet seems to pick up every wavelength of the human experience. There are also few funnier scenes this year than Billy Crudup‘s William attempting to explain the ending of a certain classic.

The most beautiful picture of the year for both its aesthetic and emotional range, Sunset Song is a grand, sweeping romantic epic the likes of which are otherwise absent in filmmaking today. The director I’m perhaps most thankful has never compromised his style — a notion to be repeated next year with the magnificent A Quiet Passion — Terence Davies ravishingly adapts Lewis Grassic Gibbon‘s novel, and with all of its charm and heartache. One could write books on the dissolves employed here — after they are finished discussing Agyness Deyn‘s tremendous performance, of course.

1. Manchester by the Sea (Kenneth Lonergan)

One of the trepidations in naming one’s favorite films of the year as soon as the respective year concludes is that there’s no accounting for eventual resonating power. In past years, films lower down in my top 10 have endured to be some of my favorites of the century thus far. Therefore, I’m grateful I had my first viewing of Manchester by the Sea nearly a year ago, and there has rarely been a day since then that I haven’t thought about Kenneth Lonergan’s masterful handling of the disorderly aftermath of trauma. Brilliantly eluding a sizable catharsis for Casey Affleck’s character, the way Lonergan shows the incremental, nearly illusive emotional healing process is the year’s greatest cinematic achievement.