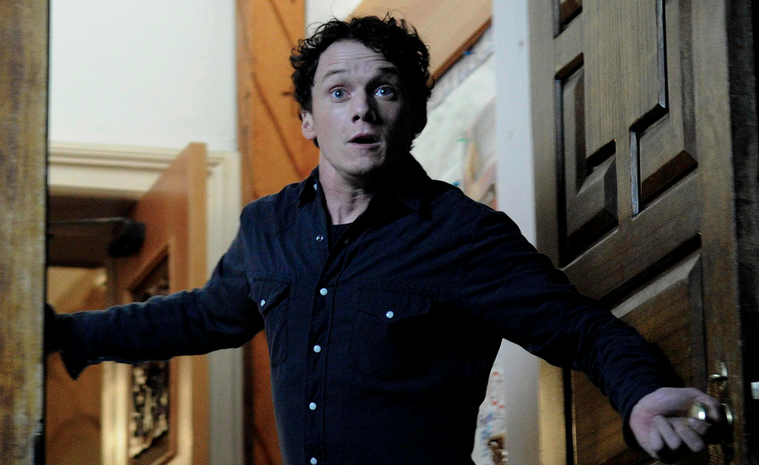 Like John Carpenter and Brian De Palma, Joe Dante began in low-budget genre filmmaking, only to ascend to a steady two-decade career as a Hollywood auteur. His distinction is for often infusing family fare with a deeply personal and cinephilic touch that made them linger beyond just the inspired gags. To cement the comparison with those other two directors, he seems, unfairly, to be in Hollywood exile, kicked out by a system that no longer has any room for the middle-range movie. Luckily, Dante has still managed to keep himself busy, as his newest feature, the rom-zom-com Burying the Ex, hits theaters and VOD on June 19. I had the chance to speak with him about the film, and much more, which can be read below.

The Film Stage: What I thought was particularly interesting about this film was that it was about young cinephiles, and I think, in the last couple of years, young cinephiles have really reclaimed your work; I think specifically of Gabe Klinger’s book that was published on you. Was that what attracted you to the material?

Joe Dante: It’s never hard for me to do something that has to do with movies. [Laughs] The idea of making a film where the lead character is a film nerd is something that I can relate to, and Anton Yelchin, who plays him, is a major film buff. He’s almost obsessive the way that he gobbles up the experience of watching films. I gave him a lot of DVDs while we were making this film, but he was actually firmly in his Douglas Fairbanks phase — he was still doing silents and I tried to move him off to the talkies at least. [Laughs] But he is the character, and there’s something very retro about having a character who is so into old movies because I don’t think the majority of the audience that age finds that as relatable. But there’s still a pull factor to it, and it still makes the movie a bit more fantasy that he’s got these two gorgeous girls who are crazy about him. As most of us would attest, it’s not often that you’re going to find gorgeous girls who are going to talk to you about Val Lewton.

Do you think that, with this film, you’re depicting a Los Angeles that’s not often seen onscreen? Obviously the character is into film and he’s selling memorabilia, but he’s not trying to break into the business, same with the other characters. I think it’s an interesting depiction of class in Los Angeles, even just by the fact that the lead character doesn’t drive.

Well that’s another way he relates to me [Laughs] though I don’t have a scooter. It’s a very L.A.-centric movie and, at one point, to save money, the producers were talking about moving it to New Orleans to take advantage of the tax credit, but I just said, “I think that’s a terrible mistake,” because one of the appeals to me about this script was that it was about a sub-strata of Los Angeles that people don’t really see much. In fact, you don’t really see L.A. onscreen very much at all anymore; it’s mostly Canada. But even just the idea of screening movies in cemeteries, I don’t think, is very rampant in New Orleans. There was just something about the L.A. culture that livened up the story, so I convinced them to stay here. But I think it’s a very accurate portrayal of life in Los Angeles.

Does production a low-budget film such as this make you feel like you’re back in your Roger Corman days?

Completely. Luckily, I never forgot my roots, and I’ve been bouncing back and forth between television and movies, and in television, of course, you have to work very fast. You can’t go over-budget or any of that stuff — at least, you’re not supposed to. Well, some shows do. But, in this case, it was very much like making a New World picture of the ’70s: there was a very strict budget cap, there was no overtime allowed, and, to save money on the teamsters, we shot the entire picture within a seven-block area of downtown L.A. where we could push the cameras and move the stuff ourselves. We didn’t have to move them in trucks.

Speaking of Roger Corman, are there any updates on your potential biopic of him, The Man with the Kaleidoscope Eyes?

The only update is that I haven’t given up on it. We’re exploring various venues of how to get this thing off the ground, and we came close twice — we came surprisingly close — so I think it’s doable. But it’s still in the works.

You used Kickstarter to help with post-production on this film?

Yeah, but that was sort of an anomaly. That didn’t happen until we’d already started shooting, and then I think a portion of the budget may have fallen out, so the producers decided to quickly mount a Kickstarter campaign. And the one thing you can’t do with Kickstarter is that you can’t mount it quickly, because I did it for my website, Trailers From Hell, and I thought it would be very simple to do, but it took almost a year to complete. This happened over a period of days while we were still shooting, and one of the perks was supposed to be a set visit, which I don’t think was possible because, by the time Kickstarter had kicked in, we had already finished shooting. So there are some people listed at the end of the credits, of people who did supply some money, but it didn’t end up being a very substantial part of the budget.

I was curious if you’d been considering using it for your Roger Corman film?

Considering how well Orson Welles is doing with The Other Side of the Wind, I probably think that wouldn’t work. [Laughs]

You mentioned television. Considering that you’ve directed episodes of some shows, have you thought about creating your own show? Because what I think what’s starting to emerge is more of an auteur model on television, i.e. where a director will direct an entire season of a show, such Steven Soderbergh with The Knick or David Lynch with the upcoming Twin Peaks. So have you considered doing something like that?

Sure, but I don’t quite have the clout that those guys have. I’ve got some projects — like, I’ve pitched some pilots and things — but my shot failed when I had a pilot about the people who worked at New World in the ’70s and we didn’t get any takers. And I was involved in Eerie, Indiana years ago; I did the pilot for that. And to do the show — to start the show and be the one who’s guiding the creation of the characters and direction of the story — is terrific; it’s much more rewarding than coming on someone else’s show and doing an episode or two. But it pays the bills, and the shows I’m doing, like Salem, are the kind of shows that I like, anyway, so I’m happy to do them.

Have you watched Hannibal, by any chance?

A friend of mine told me last season that it was really terrific, so I watched last night’s season premiere and it’s really a good show. But I think by the time the show has come on, pretty much all the spots are taken.

I was actually thinking last night, watching it, that you should direct an episode.

I can’t tell you how many shows I watch where I think that. Like, I watch Mad Men and think I should probably direct an episode, but that’s all done in New York.

Back to the idea of cinephilia, you’ve also mentioned your website, Trailers From Hell. Has that reinvigorated your love of cinema in any way, banding with other filmmakers both young and old to talk about films you love?

Well, I don’t need my love of cinema reworked at all. [Laughs] It’s been great because I’ve met a lot of people that I wouldn’t have met otherwise, like a lot of the commentators are people that I didn’t know before we started and I’ve become very friendly with, and they constantly surprise me with some of the movies that they want to talk about, and a lot of them are new to me. That part of it is fun, and just the idea of it being available for people to be introduced to movies they might not have heard of, or actors or directors.

The nicest thing is when someone comes up to me and says, “I just watched so and so, and I never would’ve seen it if I hadn’t seen it on your website, and I want to see more of those.” That really makes me feel good. There are so many movies available to see now, more than ever in my lifetime — movies that haven’t been seen for seventy years are now available to stream and watch on DVD — but if you don’t know what they are, you don’t know the people that are in them and they’re not going to get watched, so I think it’s like a mini-film school for me.

Burying the Ex is obviously littered with horror references, but I think of it primarily as a comedy. I know you’re a big fan of directors like Frank Tashlin and Ernst Lubitsch. Were than any other specific comedy directors or films that were a big influence on this?

Every movie that I’ve ever seen influences me. It’s a shitty answer, but it’s true. You never go into it going, “How would [Frank] Tashlin do it?” It’s just whatever the scene calls for. There may be a precedent in your head of something that’s already been done that you might want to tap, but, most of the time, it’s just instinctive; you just do what feels right. I used to do elaborate storyboards because I was told that was the way films were done, and it was always good to have something to fall back on if the first idea doesn’t work, but I find I don’t do shot lists anymore. I have an innate ability to just go on the set, stand around and see where the people should go.

I like the actors to dictate what happens. I don’t want to be so strict that you have to be here, and you have to pick up your coffee cup on this line or any of that. It’s much more spontaneous to just let the actors go — and, in this movie, the actors are the movie. The most fun aspect of the picture is just watching the actors, and a lot of it is ad-libbed, because they’ll go in a direction. Like Oliver Cooper: we could cut a whole other movie of stuff he said that we didn’t use, but the stuff he said that we did use is really funny.

Burying the Ex hits theaters and VOD on Friday, June 19.