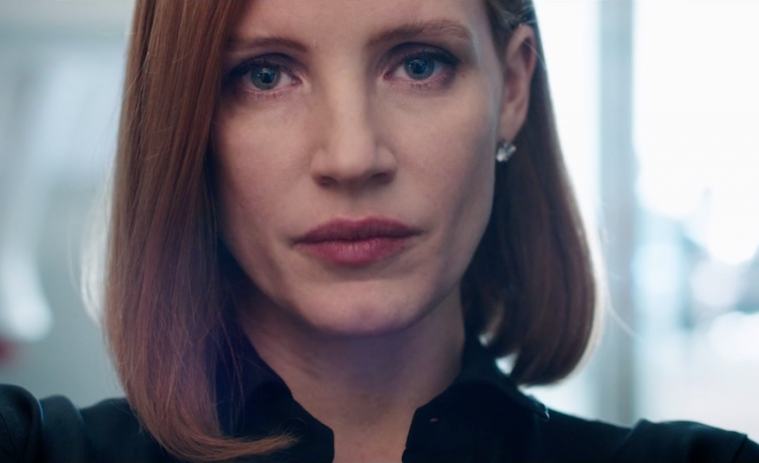 Jessica Chastain is back in a big way this year, leading Miss Sloane, a new drama from John Madden. The project, which will be released just in time for the awards season, reteams the actress with the director after The Debt. The story follows her as a lobbyist in D.C. who is attempting to get a background-check bill through the U.S. Senate as she fights for gun control. Ahead of a release this December, the first trailer has now arrived, which finds Chastain’s character breaking the fourth wall.

“The central character might be familiar to audiences had that person been a man. In this case, it’s a woman and the movie is totally framed around that character. She is the engine of the movie,” Madden tells EW. “The first moment I read the script I thought that the role belonged to Jessica,” he says. “She has a reputation now as an actor that’s in a class — and people expect to see a level of performance from her that’s commanding and detailed and unusual. From tremendous strength and drive on the one hand and fragility and vulnerability on the other. And the scale on this film calls for both of those two things.”

MISS SLOANE is the story a ruthless lobbyist (Jessica Chastain) who is notorious for her unparalleled talent and her desire to win at all costs, even when it puts her own career at risk. The thriller pulls back the curtain on how Capitol Hill games are played and won as Sloane faces off against the most influential powers in D.C.