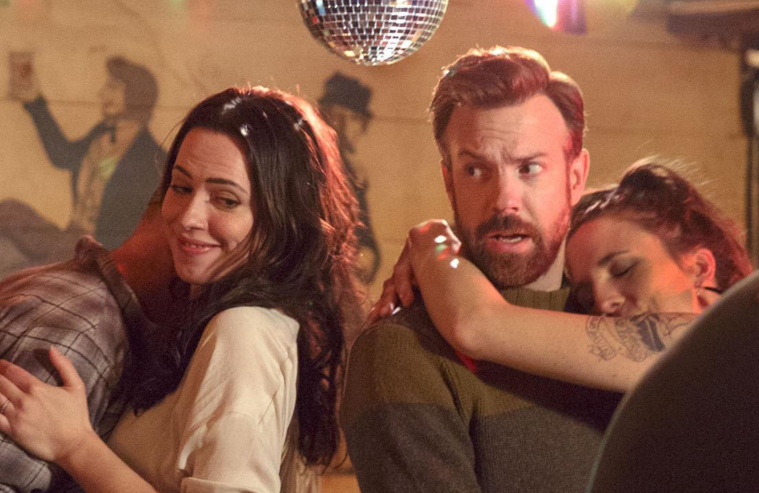 While he’s certainly known for his comedic side with his Saturday Night Live background and crop of studio comedies, Jason Sudeikis has been making a bit of a shift recently. With last year’s Sleeping with Other People and a few upcoming films (notably Colossal), he’s been shifting a bit closer to drama. This is also true when it comes to Tumbledown, a new romantic drama which premiered at last year’s Tribeca Film Festival.

Directed by Sean Mewshaw (who is finally making his debut after a career which even includes being a production assistant on Gangs of New York), the first trailer has now landed. The story follows Sudeikis’ character befriending a widow (Rebecca Hall) to co-write a biography of her late biography of her late singer husband. Also starring Blythe Danner, Joe Manganiello, Dianna Agron, Griffin Dunne, and Richard Masur, check out the trailer and poster below.

Pop culture scholar Andrew (Jason Sudeikis) comes to Maine to interview Hannah (Rebecca Hall), the protective widow of an acclaimed singer. When the unlikely pair strike a deal to co-write a biography, Andrew finds himself clashing with a cast of locals, including Hannah’s hunky suitor (Joe Manganiello) and her loving but defensive parents (Blythe Danner, Richard Masur). When Hannah and Andrew’s stormy partnership blossoms into an unexpected connection, they face the possibility that the next chapter in their lives may involve each other. Dianna Aragon and Griffin Dunne costar in this startlingly funny and sweetly romantic tale of moving on and finding love in the unlikeliest of places.