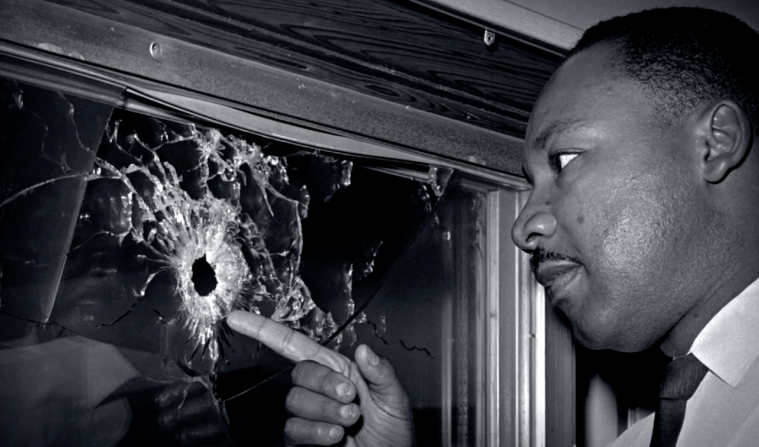 We recently named it one of the best films of 2016, and now Raoul Peck‘s new documentary I Am Not Your Negro will get a proper release early next month. Documenting James Baldwin‘s would-be revolutionary book “Remember This House” via an 30-page manuscript he left behind after his death, it explores how his words still carry a fiery call to fight injustice and examine who we are as a country. Magnolia Pictures has now released the full-length trailer, which uses Baldwin’s words as the backdrop to explore the racial divide in America.

We said in our review, “In 2016, I Am Not Your Negro is perhaps destined to be tethered to other recent pieces of racially charged social advocacy, 13th and OJ: Made In America, but Raoul Peck’s film is less about outlining a history of disproportion than a persistent state of being. It’s a conversation between James Baldwin’s unfinished work, Remember This House, and the modern national horror, but the evidence here is more intrinsically spiritual than fact-based, and, in the process, Peck has made one of this year’s finest documentaries. At once pulsing with anger and yearning for compassion, it’s an examination of past and present America as a cycle where the backdrop has changed and particulars have remained the same.”

In 1979, James Baldwin wrote a letter to his literary agent describing his next project, Remember This House. The book was to be a revolutionary, personal account of the lives and successive assassinations of three of his close friends—Medgar Evers, Malcolm X and Martin Luther King, Jr.

At the time of Baldwin’s death in 1987, he left behind only thirty completed pages of this manuscript.

Now, in his incendiary new documentary, master filmmaker Raoul Peck envisions the book James Baldwin never finished. The result is a radical, up-to-the-minute examination of race in America, using Baldwin’s original words and flood of rich archival material. I Am Not Your Negro is a journey into black history that connects the past of the Civil Rights movement to the present of #BlackLivesMatter. It is a film that questions black representation in Hollywood and beyond. And, ultimately, by confronting the deeper connections between the lives and assassination of these three leaders, Baldwin and Peck have produced a work that challenges the very definition of what America stands for.