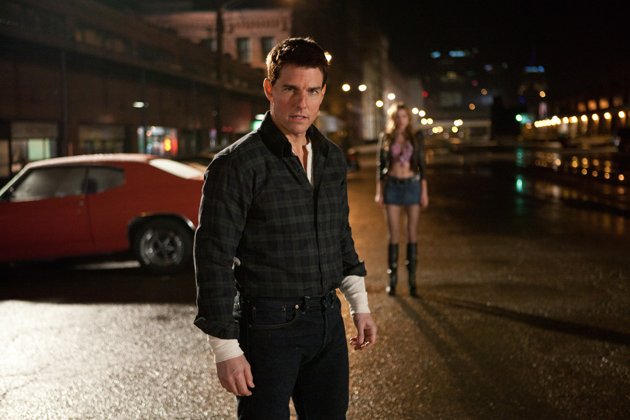 As promised yesterday with a new poster reveal, a  full-length theatrical trailer for December’s only action thriller is here. Directed by The Usual Suspects scribe and The Way of the Gun helmer Christopher McQuarrie, Jack Reacher, based on Lee Child’s book series, sees Tom Cruise in yet another lead action role.

The new trailer finally gives us our first peek at the villain, played by Werner Herzog. Although he’s only given a few lines and a glare or two, hopefully he adds some zaniness to what looks to be a relatively by-the-numbers story. While I appreciate a throwback aspect to this vigilante story, not much jumps out here. Check out the trailer below for the film also starring Rosamund Pike, Richard Jenkins, David Oyelowo and Robert Duvall.