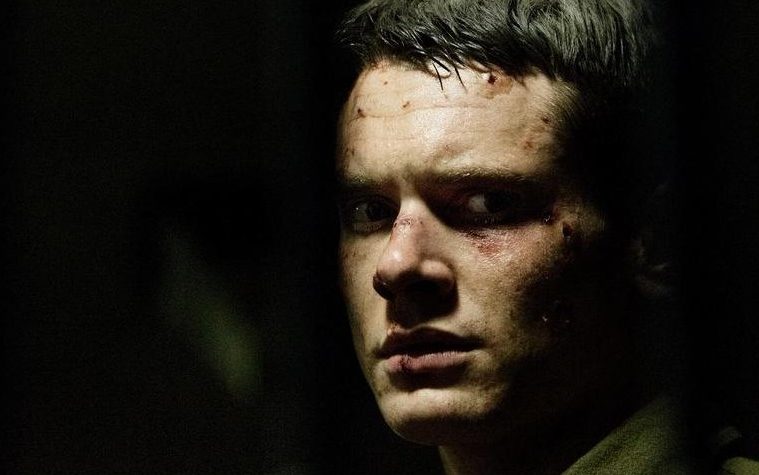 While his talents weren’t greatly utilized in this spring’s 300: Rise of an Empire, the same can’t be said for Jack O’Connell‘s next dramas. This month his prison drama Starred Up finally lands in the U.S. (our review) and later this year he’ll be seen leading Angelina Jolie‘s WWII survival story Unbroken.

The rising actor also recently went to war in Yann Demange‘s ’71, a film which earned much acclaim at Berlin Film Festival earlier this year and follows O’Connell as a British soldier who fights in Belfast in 1971. Also starring Sean Harris, Richard Dormer and Paul Anderson, the first trailer has now landed (via The Guardian) and can be seen below. One can see the film in UK theaters on October 10th and it will likely be released by Roadside Attractions next year. 1971, and the conflict in Northern Ireland is escalating towards civil war. Young English recruit Gary is called into action in Belfast. The situation in the city is confusing and challenging – even for experienced military commanders. The town is divided into ‘loyal’ Protestant and ‘hostile’ Catholic areas. Both parties have paramilitary units; in addition, radical street gangs and undercover agents from all sides are trying to assert their interests on their own initiative. During a patrol, the soldiers become embroiled in a scuffle and one of them loses their weapon. Gary and a fellow soldier follow the thief who disappears into the crowd. Suddenly Gary is having to fend for himself alone in the midst of enemy territory. His journey back to his base that night is an odyssey filled with uncertainty, fear and desperation. Director Yann Demange exposes the futility of war in which every act of violence only breeds more violence. An existentialist nocturne about hidden identities, creeping paranoia and those forced to take a stand. As the film progresses, it gradually breaks free from specifics to become a more universal anti-war parable.