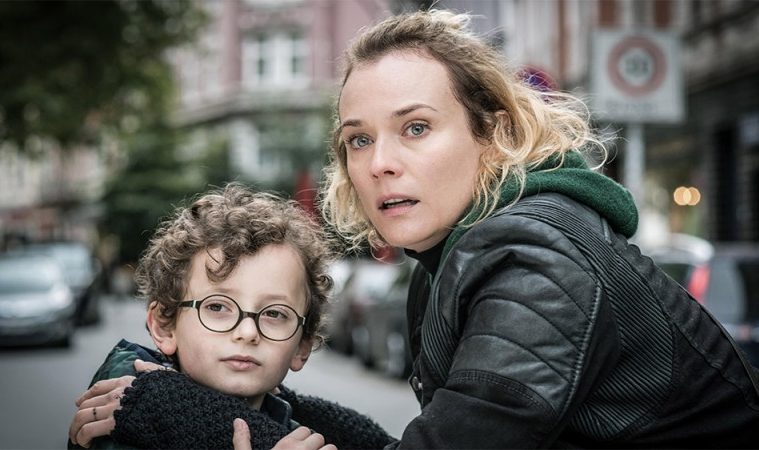 ‘In the Fade’ Trailer: Diane Kruger Plots Revenge Against Neo-Nazis

After a few features that went underseen — or altogether undistributed — in the United States, Fatih Akin is back in a big way this year. The latest film from the director behind the great Head-On is In the Fade, in which Diane Kruger plays a woman seeking revenge after her family is murdered by the neo-Nazi group National Socialist Underground. Following a debut at Cannes, Magnolia Pictures picked it up with an intention to push Kruger for Best Actress, and now a new trailer has landed.

We said in our review, “Fatih Akin sends a cumbersome bull into the socio-political china shop of present-day Germany, and all its racial and social divides, with In the Fade, a compelling (if somewhat ugly and hammy) contemporary revenge thriller wherein fear begets fear, hates begets hate, and thrills — however imprudent they might be — are easy to come by.”

Out of nowhere, Katja’s life falls apart when her husband Nuri and little son Rocco are killed in a bomb attack. Her friends and family try to give her the support she needs, and Katja somehow manages to make it through the funeral. But the mind numbing search for the perpetrators and reasons behind the senseless killing complicate Katja’s painful mourning, opening wounds and doubts. Danilo, a lawyer and Nuri’s best friend, represents Katja in the eventual trial against the two suspects: a young couple from the neo-Nazi scene. The trial pushes Katja to the edge, but there’s simply no alternative for her: she wants justice.

In the Fade opens on December 27.