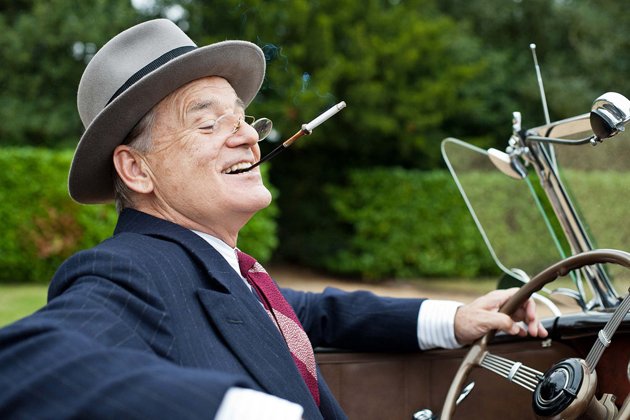 While he is currently at Cannes promoting Wes Anderson‘s Moonrise Kingdom, Bill Murray potentially has a major awards contender this December with Hyde Park on Hudson. Portraying President Franklin Delano Roosevelt, the film from Roger Michell (Morning Glory, Notting Hill) takes a look at just a small slice of the man’s life.

As the actor has mostly taken just supporting roles the last few years, it’s great to see Murray in something of more weight. Michell hasn’t been known to direct anything too serious and this has the light tone we’re accustomed to from the helmer. But it’s certainly looking leagues better than last year’s US government icon offering J. Edgar and similar, structure-wise, of My Week with Marilyn. Also starring Laura Linney, Samuel West and Olivia Colman, one can see it below, along with the first poster.

In June 1939, President Franklin Delano Roosevelt and his wife Eleanor host the King and Queen of England for a weekend at the Roosevelt home at Hyde Park on Hudson, in upstate New York — the first-ever visit of a reigning English monarch to America. With Britain facing imminent war with Germany, the Royals are desperately looking to FDR for support. But international affairs must be juggled with the complexities of FDR’s domestic establishment, as wife, mother, and mistresses all conspire to make the royal weekend an unforgettable one.