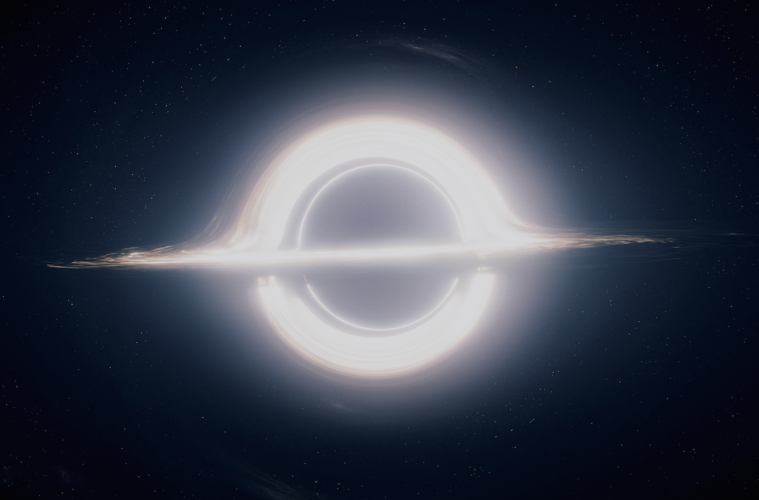 Brief glimpses have been seen in the previews, but there’s only a short time left until we can witness Christopher Nolan‘s simulation of entering into the deep abyss of space. As one is most certainly aware, Interstellar arrives early next month and today we have some insight into the development of the real-life astrophysics applied to the creation of the film.

Initially stemming from ideas by theoretical physicist Kip Thorne, the project shifted by Steven Spielberg to Nolan, with the latter reworking much of the script by his brother Jonathan Nolan. “The story is now essentially all Chris and Jonah’s,” Thorne tells Wired. “But the spirit of it, the goal of having a movie in which science is embedded in the fabric from the beginning—and it’s great science—that was preserved.”

In a featurette and article for the publication, Thorne, Nolan, and the visual effects crew Double Negative detail how they used hard science to translate these effects to the screen, to surprising results. “We found that warping space around the black hole also warps the accretion disk,” VFX supervisor Paul Franklin says. “So rather than looking like Saturn’s rings around a black sphere, the light creates this extraordinary halo,” he adds, which defied the expectations of Thorne.

The rendering process resulted in some frames taking up to 100 hours to complete with around 800 terabytes of total data in the end, but the results seem worth it. Thorne, who plans to write technical papers on these new discoveries, says the results of the realistic rendering and seeing it visually was quite different than what he could have imagined. As we await to see how this calculated execution fits into the story, check out the featurette below which includes bits of new footage and see Wired’s full article. What do you think of Thorne’s findings?