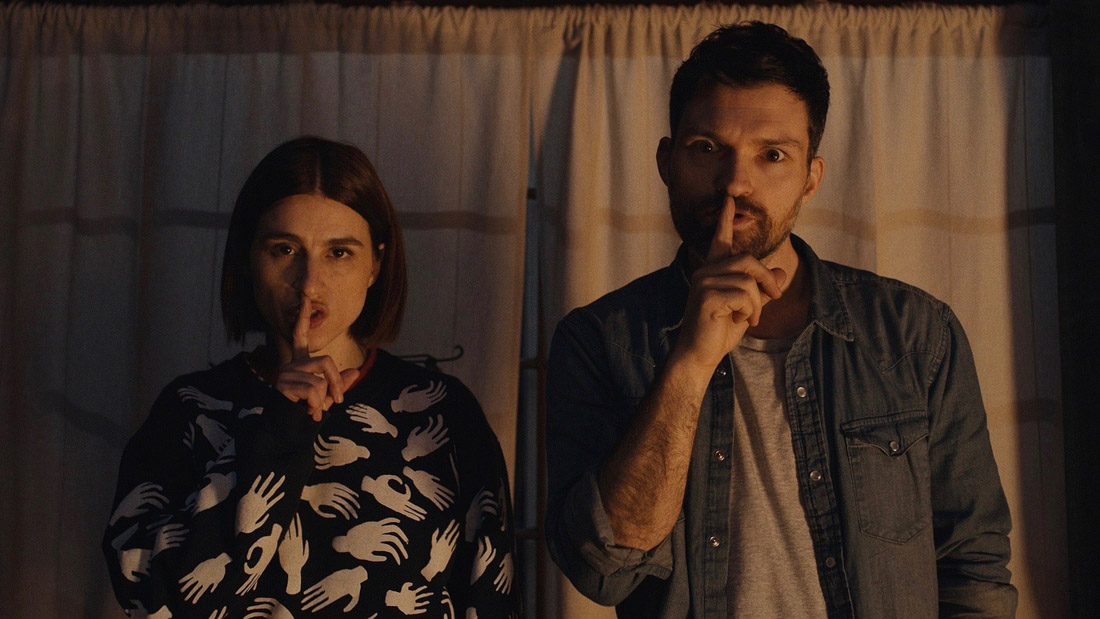 One of the most successful genres in this strange year has been horror. The Invisible Man, Relic, The Lodge, She Dies Tomorrow, Amulet, The Rental, and La Llorona are just a handful of titles that have caused fear in audiences, and now Josh Ruben’s Scare Me is joining the club. Starring Aya Cash (You’re The Worst), Chris Redd (SNL), Rebecca Drysdale, and Ruben himself, the plot follows Ruben’s Fred, a copywriter who checks himself into a cabin to work on his novel before he finds himself snowed in. There he meets a horror author (Cash) and they both decide to try and scare one another to pass the time. While the film was made before the coronavirus pandemic, one could imagine a film about two people who find themselves stuck indoors will find new relevance when it gets released by Shudder Films this October.

Dan Mecca said in our Sundance review, “There’s an obvious love for chamber mysteries past, Ruben making a specific homage to the great Sidney Lumet thriller Deathtrap at one point. Where Scare Me distinguishes itself from standard fare is in its rendering of fear. Specifically, the fear of irrelevance that Fred cannot shake. In this character we find a thirty-something white male acutely aware of his vicious limitations. When confronted–in a contained space–with a female who is smarter and tougher than he is, his worst impulses blossom. Ruben is never subtle about this examination, but goodness is it effective. During a Sundance year in which many films (Promising Young Woman, The Assistant, Into the Deep, On the Record) extrapolate on the sins of the entitled male, Scare Me emerges as a standout. This is a crisp slice of cleverness that demands a reaction.”

During a power outage, two strangers tell scary stories. The more Fred and Fanny commit to their tales, the more the stories come to life in the dark of a Catskills cabin. The horrors of reality manifest when Fred confronts his ultimate fear: Fanny may be the better storyteller.

Scare Me arrives on Shudder on October 1.