Tribeca Review: A Wounded Fawn Finds a Serial Killer Getting More Than He Bargained For 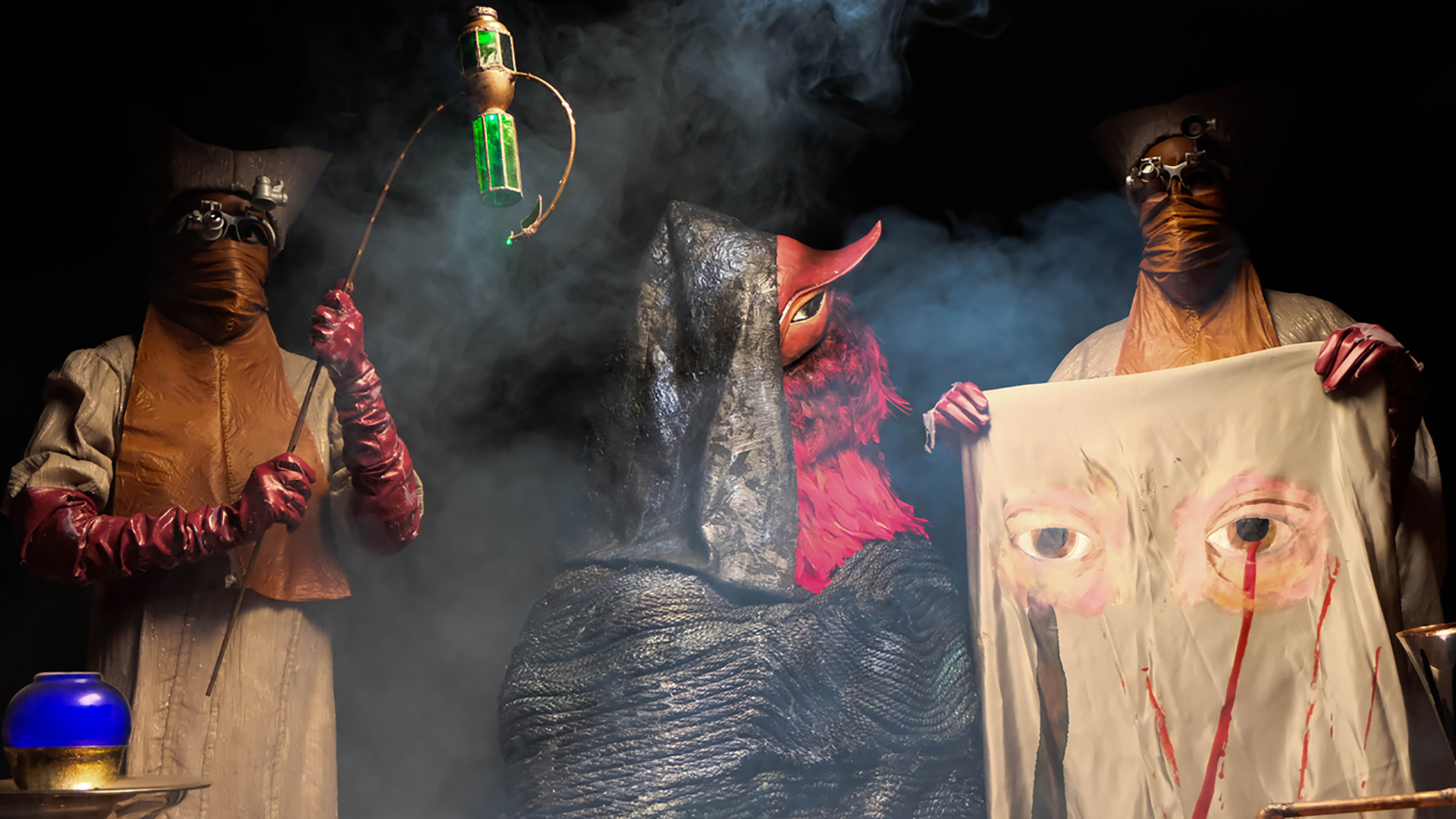 This weekend is supposed to be a rebirth for Meredith (Sarah Lind). After battling the demons of an abusive relationship, she’s accepted an invitation of romantic seclusion from a man (Josh Ruben’s Bruce) she’s just met. Her friends demand to know all the details, but she’s not quite ready to share them. This might just be an isolated yet necessary sexual encounter that ends upon her return to the city. No reason to let him move into her head psychologically or her inner circle prematurely if she’ll just be forgetting about him in short order. That Meredith is willingly allowing this stranger to take her to his cabin in the woods carries more danger in and of itself anyway—a premise screaming monstrous home invasion. Travis Stevens complies.

Rather than unleash a trio of beasts upon an unsuspecting couple, however, the writer/director flips the script by providing the trope a more specific agenda. Much like the art piece Stevens opens on courtesy of a high-pressure auction entitled “Wrath of the Erinyes,” the supernatural trio lingering outside Bruce’s cabin are less uninvited than they are mythically guaranteed. Megaera’s jealous rage, Alecto’s unceasing anger, and Tisiphone’s vengeful destruction appear as a response to horrors already committed. They’ve come to collect a soul on their ledger—a man whose actions have earned his demise by their hands. Because Bruce isn’t just some art aficionado wooing Meredith into his bed. He’s a serial killer feeding an urge brought to life as a blood red owl. A debt must be paid.

So, while we do ultimately begin from the perspective of his victims, Stevens and co-writer Nathan Faudree’s A Wounded Fawn focuses on Bruce instead. This is his story. They, Meredith and an art broker named Kate (Malin Barr), are thrust into it by his compulsion to kill. Or, as Bruce explains, the owl’s compulsion. He is but an innocent bystander. He regrets what this thing floating inside his brain forces him to do. He’s simply not strong enough to fight its yearning for beauty. The moment he couldn’t win “Wrath of the Erinyes” himself is the moment its buyer’s fate is sealed as a two-for-one deal. Bruce gets the art piece. The owl gets Kate. And his destructive cycle continues as it has for an unknown period already.

The difference this time is that Meredith isn’t unsuspecting. Yes, she trusts Bruce. She willingly goes to an unfamiliar place and allows him to take control whenever she attempts to alter his plans, but she’s unafraid to step on the brakes once things get too uncomfortable. It might not even be Bruce who makes her feel anxious. We’re talking about vengeful Greek Furies, after all. Hearing voices in the night and seeing creepy apparitions in the dark aren’t out of the question. It’s as though the ghosts of Bruce’s violence are warning Meredith to prevent her from joining their number. If they scare her away from the cabin (hardly the correct term for this palatial and modern property), they scare her away from him. Unless he pounces first.

That’s all I should say about plot since Stevens intentionally uses our expectations to surprise us with subversive twists when it comes to genre conventions. He divides the film into two acts: one depicting Bruce stalking his victims and one portraying the Furies stalking him back. The question becomes whether what we see is real or not. Act One ends with a murder and that which follows simultaneously confirms and denies said act. Were we tricked like Bruce? Or has his mind fully dissolved to let guilt and metaphor haunt him in ways that can no longer be discerned from reality? Myth and alchemy combine (I’m still unsure about how the latter fits beyond a book title and trippy sequence of practical effects-driven surrealism) to create a nightmare.

It looks gorgeous as a result. Shot on film (or utilizing a very effective filter to pretend as much), the aesthetic is akin to an old 70s slasher with soft grain and artifacts. Bruce’s weapon is a gnarly bit of horror ephemera straight from that era too, its knuckle rings hiding blades beneath his fingers to slash throats like an animal’s claw. The bright red blood would take us out of the moment if not for that vintage style, its fake yet tactile moments of gore supplying a level of excitement and anticipation computer-generated effects can’t quite replicate. There’s even one instance with visible strings (Bruce’s hair catches fire, but he moves so quickly that you can see the flame floating behind him) that charms rather than annoys.

Add the magic and horror of the Furies and it’s easy to get wrapped up in the second half’s fast-paced devolution. Tisiphone’s vengeance brings with it a growing number of snakes while Alecto’s anger transforms her into a growling dog ready to pounce. They play with Bruce’s mind, turning brain matter into baby birds and scalding hot furnace pipes into animated foes intent on swallowing him whole. It’s only natural too that these visages would take the form of his prey—each a familiar face or voice from someone we met in Act One. And the more they laugh, the more crazed Bruce becomes. He tries fighting, bargaining, and denying that which occurs, reaping that which he has sowed for years while pretending he was a victim too.

While it’s not as overtly comedic as Stevens’ Jakob’s Wife, A Wounded Fawn is funny in its own way. The humor arrives via juxtapositions like Bruce swatting away that moving stove pipe or when performance and atmosphere wind so tight that we can’t help laughing. Where Lind and Barr give their all as victims and aggressors in dual roles (women and furies alike), pushing the ensuing chaos of fantastical hallucination to dramatic highs, Ruben is losing his mind. His is a captivating descent that demands we be in on the joke. Give Stevens credit for leaning into that tonal choice too. He and Ruben push Bruce’s reprehensible character to its limits before pulling the curtain for a memorable end credits sequence that reveals how pathetic he’s always been.

A Wounded Fawn debuted at the 2022 Tribeca Film Festival and will be released by Shudder.