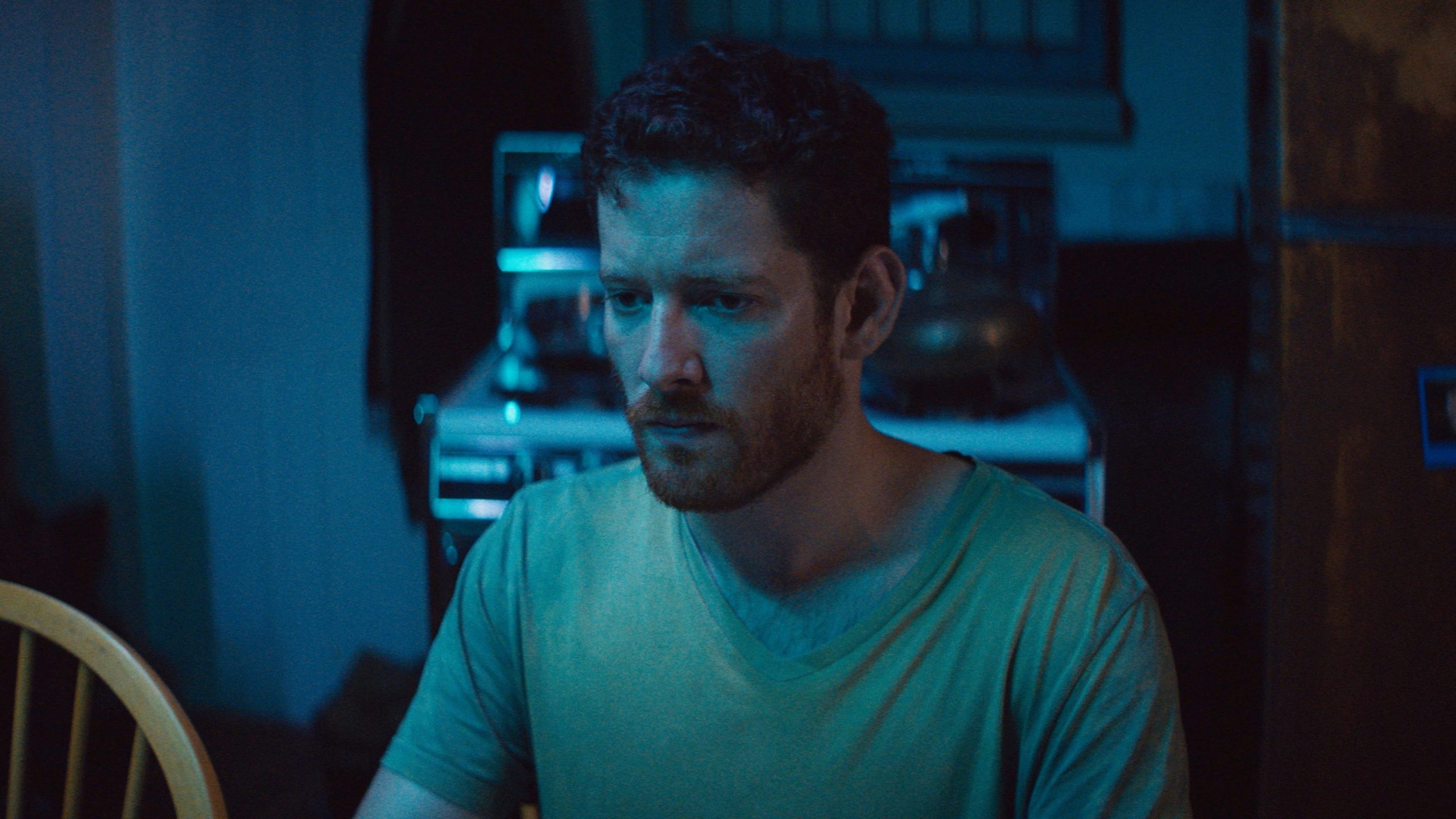 It’s comforting to see the words “bizarre” and “absurd” in the press notes and director’s statement for Devereux Milburn’s Honeydew because they prove that he understands what he’s created. When a film exudes such a self-serious tone despite possessing so many odd idiosyncrasies and wild leaps of narrative coincidence, it’s easy to think you’re laughing at the whole rather than with it. Reading those words therefore allows us to know that the artist was fully aware of that incongruous juxtaposition. It might have even been his intent as a way to mirror the similarly opposed forces of the leads he’s trapped within. Rylie (Malin Barr) is pragmatic and cautious. Sam (Sawyer Spielberg) is impulsive and reckless. Their on-screen frustration therefore matches our own as mounting clichés combat intrigue.

While the former ultimately far outweighs the latter, that’s not the case at the start. I was so confused by Milburn’s prologue that it almost felt as though he purposefully excised every other scene to ensure it. There’s an older woman (Barbara Kingsley’s Karen) milling wheat and a young woman reading scripture with quick cuts to fields and funerals and a mounting sense of dread augmented by the merging of score and sound effects into a percussive force of aural manipulation. A sudden shift to Rylie and Sam in split-screen—he’s yelling script lines in a bathroom while she watches a video on her phone about poisonous fungi destroying the beef, milk, and wheat of the rural town they’re visiting—has us scratching our heads for answers.

Just don’t expect too many. At least not what you might expect since Karen has no relationship to the others … yet. Milburn is thus introducing the two halves of his tale without any context in order for us to at least become familiar with faces before he chooses to dig into their motivations. Even then, however, that which drives these characters is less about following a conventional plot as it is a reason to put them in close enough proximity for his outlandish scenario to unfold. That’s the draw. That’s his motivation. Milburn knows what’s happening beneath the surface of Karen’s smile and her son Gunni’s (Jamie Bradley) bandages and wants us in on the secret too. That means dropping Rylie and Sam into the fire.

The unfortunate truth of the matter is that Milburn has written it all too perfectly to not seem artificial in every conceivable facet—including stakes. Rylie just happens to be researching a poison unique to this area that causes people to go insane. Karen just happens to own a farm that used to be a major producer of the resources that poison effects. And Sam just happens to have high cholesterol to the point where his doctor (and Rylie’s policing) says he can’t eat those same things (red meat, dairy, bread). That they just happen to find each other in the middle of the night is thus more eye-roll inducing than suspenseful. They were literally written for this moment and we just want to get on with it.

We can’t, though. Milburn needs to cultivate more atmosphere. That he does so in those aforementioned “bizarre” and “absurd” ways helps keep our attention for a little while, but it’s not that hard to take a cursory guess as to what’s coming. Because if we’re to assume Karen is crazy as a result of eating tainted foods, what is going to happen when Rylie and Sam do the same? Their cravings aren’t therefore “strange” as the synopsis pretends. They’re the cravings any person who’s been stuck on a strict diet would crave. And the so-called “hallucinations” that arrive are actually just one short dream that adds nothing but more eccentric color to the whole. Milburn writes so much foreplay that the script’s eventual release is but a whimper.

A whimper and a WTF cameo that would have been distracting if I was ever truly invested in what was going on besides a desire to get off the monotonous merry-go-round and finally receive purpose. Who that cameo’s character is and what their part in this family’s story entails is superficially intriguing due to it being a mystery we’ve been waiting to have answered, but it’s also another example of how everything we experience occurs to leapfrog towards something more grotesque. Milburn and his cinematographer Dan Kennedy (who shares story credit) are obvious fans of The Texas Chain Saw Massacre and look to descend even lower on the depravity scale to shock us even if their execution always seems both tamer and more convenient by comparison.

Because you’ll need to suspend a lot of disbelief to get through what occurs. You’ll need to gloss over Sam’s misogyny in order to accept his actions are purely motivated by a petty contrarian attitude towards Rylie. You’ll need to gloss over Rylie’s shallow characterization as “domineering” and “done” with Sam’s nonsense only extending to empty threats. And then there’s this “country” notion about doing whatever your host demands so as not to look impolite even though these two people wear “impolite” as a personality trait into Karen’s house. Is a craving for red meat and dessert that strong? Maybe. Milburn does say his inspiration was to comment on mankind’s compulsion to ignore moderation. So maybe it’ll work for those excited to witness torture—despite no actual torture.

That’s the other thing: Honeydew is anything but graphic in nature. Only witnessing the build-up and aftermath of nightmarish events has the potential to amplify a film’s psychological hold, but it just seems like a missed opportunity here. Why? It’s mostly because we don’t like Sam or Rylie. They’re the prospective victims of this very specific situation and yet we’re more invested in seeing what might happen to them and how they’ll be used to satisfy their predators’ whims than their survival. So show it to us. Milburn does the right thing as far as keeping a nihilistic tone for his conclusion, but it lacks the teeth to get us holding our breath. We restlessly await our own escape instead since we already suffocated about forty minutes prior.