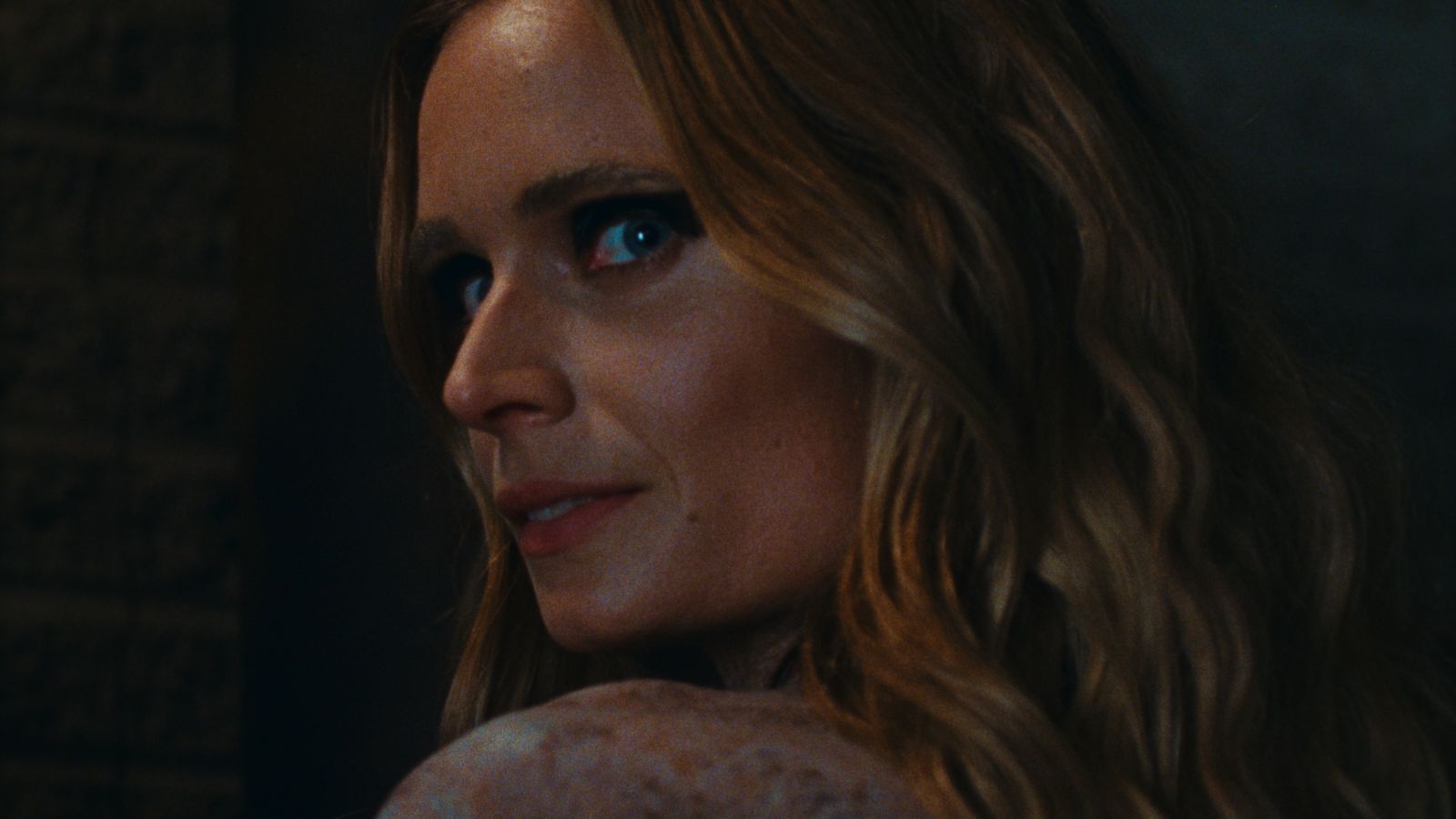 While October may be over, there’s still a number of horror treats arriving before the year closes out. A selection at Tribeca Film Festival, Fantastic Fest, and FrightFest London, Travis Stevens’ A Wounded Dawn follows Meredith Tanning (Sarah Lind), a local museum curator who is dipping her toe back into the dating pool, only to be targeted by a charming serial killer (Josh Ruben). When a fateful romantic getaway between the two becomes a tense game of cat and mouse, both must confront the madness within him. Ahead of a Shudder release on December `1, the first trailer has now arrived.

Jared Mobarak said in his review, “This weekend is supposed to be a rebirth for Meredith (Sarah Lind). After battling the demons of an abusive relationship, she’s accepted an invitation of romantic seclusion from a man (Josh Ruben’s Bruce) she’s just met. Her friends demand to know all the details, but she’s not quite ready to share them. This might just be an isolated yet necessary sexual encounter that ends upon her return to the city. No reason to let him move into her head psychologically or her inner circle prematurely if she’ll just be forgetting about him in short order. That Meredith is willingly allowing this stranger to take her to his cabin in the woods carries more danger in and of itself anyway—a premise screaming monstrous home invasion. Travis Stevens complies.”

A Wounded Fawn arrives on Shudder on December 1.