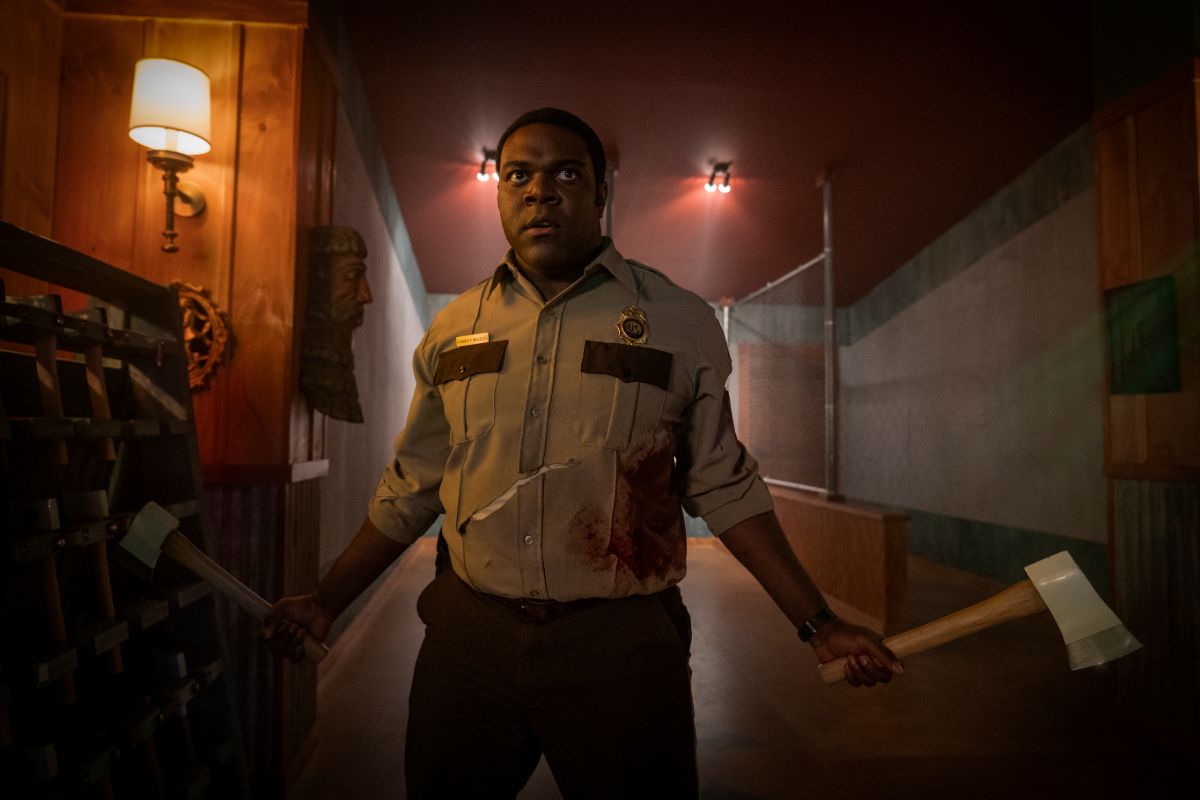 After making a delightful impression on Veep and I Think You Should Leave, Sam Richardson is poised to have a strong summer. He’ll be seen alongside Chris Pratt in The Tomorrow War and he’ll also be leading the horror comedy Werewolves Within, which comes from Scare Me director Josh Ruben. Also starring Milana Vayntrub, Harvey Guillén, Cheyenne Jackson, Michaela Watkins, and Michael Chernus, the first trailer has landed ahead of a Tribeca premiere and June 25 release.

After a proposed pipeline creates divisions within the small town of Beaverfield, and a snowstorm traps its residents together inside the local inn, newly arrived forest ranger Finn (Sam Richardson) and postal worker Cecily (Milana Vayntrub) must try to keep the peace and uncover the truth behind a mysterious creature that has begun terrorizing the community.

“I grew up near the same small town where we shot Werewolves Within,” said Ruben. “As a kid, I’d freak myself out, making up monster stories, running through the woods, pretending I was Chief Brody, fighting creatures in the brush (I LOVED Jaws — hell, I loved horror). That hometown experience, where neighbors knew your business (whether you liked it or not) is so much of what makes Werewolves so personal. But, as much as I love horror movies, nothing scares me more than people. And as much as this movie is an homage to my love for Hot Fuzz, the Coen Brothers, and Arachnophobia, it’s also about the monster in all of us.”

Werewolves Within premieres at Tribeca and arrives in theaters on June 25 and VOD on July 2.