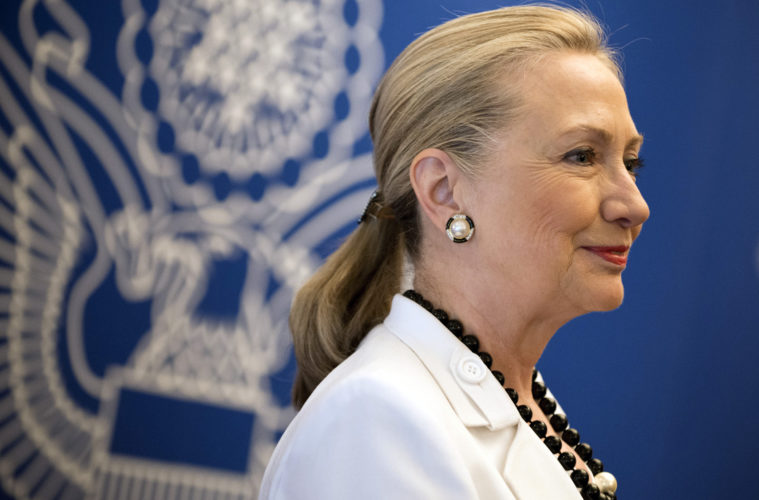 Coming off of his Sundance hits Smashed and The Spectacular Now, director James Ponsoldt has been lining up a variety of projects and the one that seems to be gaining the most traction is his biopic on former First Lady and Secretary of State, Hillary Clinton. While she’s likely gearing up to be a factor in the next presidential election, the film will actually jump back a few decade, when she got her start.

We’ve now got a list of actresses may play the political figure when she was just 27 in the film titled Rodham and taken from a Black List script by Young Il Kim. According to The Independent, the four names being looked at are Scarlett Johansson, Reese Witherspoon, Jessica Chastain and Amanda Seyfried. Focusing on her time as a Washington lawyer, where she found herself the House Judiciary Committee to Impeach Nixon’s youngest attorney, the sees her conflicted about where life should be taking her.

Confirming the above line-up, Ponsoldt said, “They’re all wonderful actresses. We’re very fortunate that a lot of really great actors are interested in playing these roles. We’re in an enviable position. Regardless of people’s political affiliation or how they feel about Hillary Clinton, you don’t find people who question the quality of her intelligence or her drive. I want a wonderful actress who could embody that.” As a major fan of the director, especially his excellent August-bound film, he certainly has gathered a strong batch of potential leads, so check back for an update on who gets the role.

A timely release is being looked at for 2016.

Who do you think should play the figure?