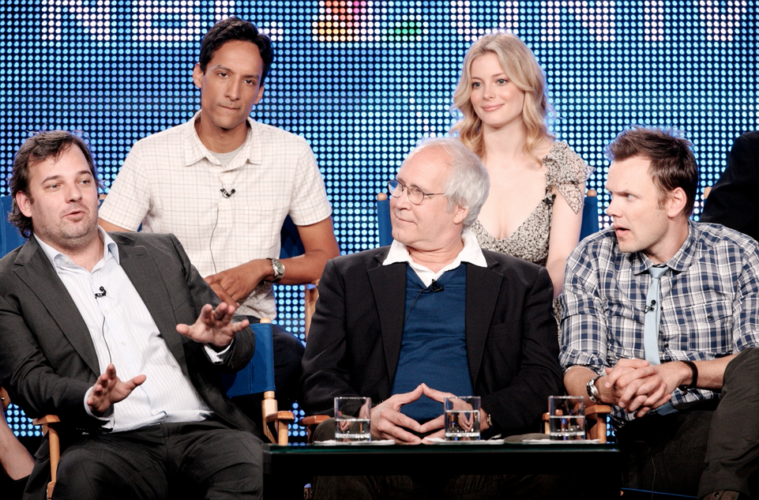 ‘Harmontown’ Trailer Shows the Aftermath of Getting Fired By NBC While most productions have their ups and downs, few as of late are more public than Community. After creating the show and producing three seasons, Dan Harmon was let go by NBC amidst a public feud with Chevy Chase, who also left. With Harmon now back for the currently-airing fifth season, we have a new documentary that explores that he did in the meantime.

Directed by Neil Berkeley, Harmontown tracks the talent touring the country with his podcast of the same name. We’ve now got the first trailer today, which showcases some on-stage footage, but more revealing is a look at man struggling with his own demons after getting fired. Premiering at South by Southwest Film Festival this weekend, check out the trailer below thanks to Nerdist.

“Harmontown” is a documentary film starring TV writer and producer Dan Harmon (NBC’s “Community”, Adult Swim’s “Rick and Morty”) as he takes his popular podcast of the same name on a calamitous cross-country tour. Much more than a comedy-tour documentary, the film directed by Neil Berkeley uncovers Harmon’s public persona to reveal his complex character and his equally complex personal relationships. The supporting cast includes Jeff B. Davis (“Whose Line is it Anyway?”), Erin McGathy (“This Feels Terrible”) and Spencer Crittenden.