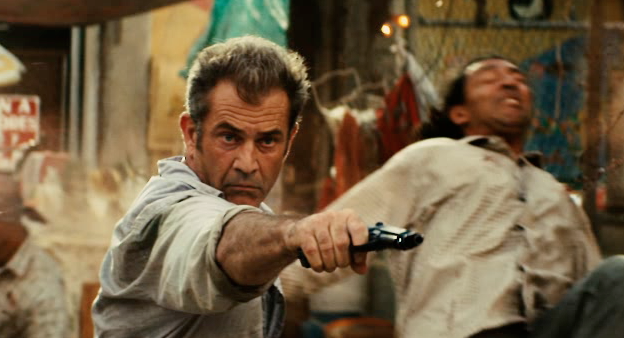 ‘Get The Gringo’ Trailer – Mel Gibson Returns to the Action Genre, In Mexico Previously known as How I Spent my Summer Vacation, Mel Gibson is making his return to action with Get the Gringo. In a smart move after his attempt at drama with The Beaver failed, he is taking things a little slower back in the genre. Deadline has reported the film, directed by his Apocalypto and Edge of Darkness second-unit director Adrian Grunberg, will be headed straight to VOD on DirectV beginning in May, then followed by a expanded release on Blu-ray, VOD, and digital download later in the year.

They even announced plans of a premiere screening hosted by Harry Knowles and Ain’t It Cool News in Austin with a Gibson, Grunberg and child actor Kevin Hernandez Q & A. The event will also take place in 10 other cities with the post-screening Q&A streamed. The studio chose a DirectTV debut due to the 20 million subscribers and are proud of the film, which received high test screening scores. (Haven’t we heard that too many times before?) Nonetheless, the trailer does look like some fun, but I wonder if the voiceover will be part of the film. Check it out below for the actioner also starring Peter Stormare.

Gibson plays Driver, who, during a high-speed car chase with the U.S. Border Patrol and a bleeding body in his back seat, crashes into the border wall as he tries to escape. He survives, only to be placed inside a hard-core Mexican prison where he enters the strange and dangerous world of “El Pueblito.” There, he finds unlikely survival guidance from a 10-year-old kid who shows him the ropes.

Get the Gringo hits DirectTV on May 1st  for $10.99, with an expanded roll-out to follow.