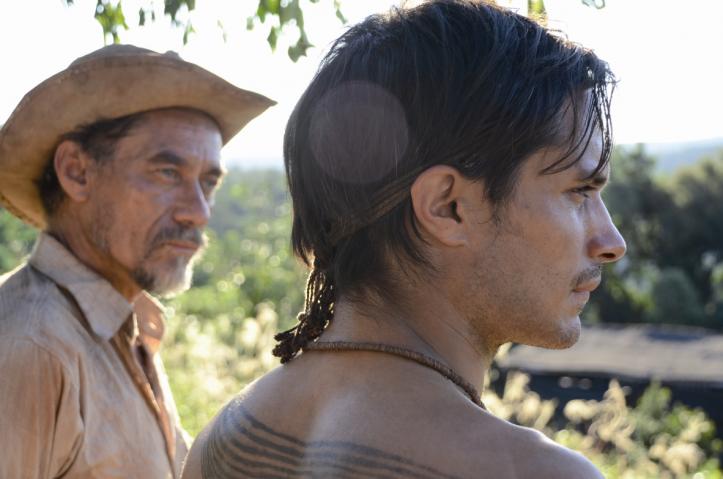 As we count down the days until the official Cannes line-up, we’ll soon see a feature from last year’s festival. Starring Gael García Bernal and Alice Braga, last seen together in Blindness, Ardor tells the story of a poor family whose land becomes in danger due to a rich company. The drama kicks in when Bernal’s mysterious character shows up to help protect them and rescue a kidnapped member of the family.

Directed by Pablo Fendrik, the first trailer has now arrived ahead of a July release. Tense and gripping, particularly with Bernal taking on a Man With No Name vibe, hopefully it’ll be a sleeper stand-out this summer. Also starring Jorge Sesan, check out the trailer and poster below.

When fires sweep through the rainforest near their property along the Parana River, a poor tobacco-farming family goes on high alert. The head of the family, João (Chico Díaz), correctly suspects the fire is a result of slash-and-burn tactics by ruthless land-grabbers intent on acquiring the farm he shares with his lovely daughter, Vânia (Braga), and her partner, Jara (Lautaro Vilo). Help arrives in the form of Kaí (García Bernal), an enigmatic man bearing indigenous tattoos who comes out of the jungle with the grace of a jaguar. Ardor will open on July 17th.