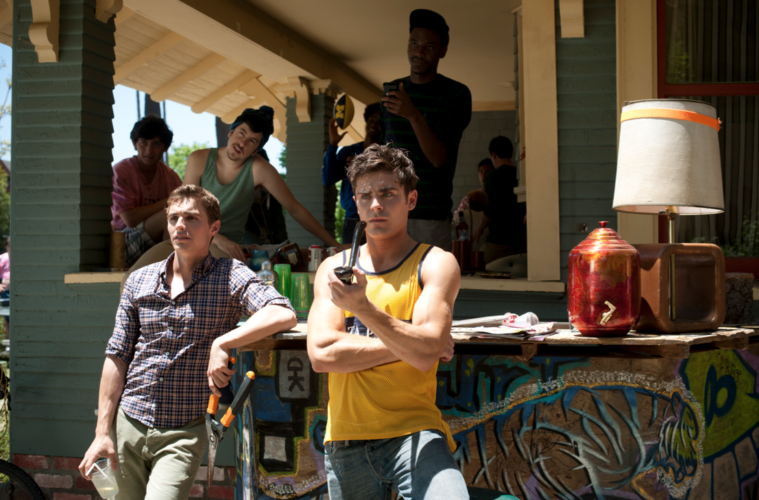 After facing the apocalypse last year with his directorial debut This is the End, Seth Rogen‘s next threat comes in the form of Zac Efron. Directed by Nicholas Stoller (Forgetting Sarah Marshall, Get Him to the Greek, The Five-Year Engagement), Neighbors finds Efron, alongside Superbad alums Dave Franco and Christopher Mintz-Plasse, going up against Rogen and his wife, played by Rose Byrne.

Written by Andrew J. Cohen and Brendan O’Brien, (who have produced films with Judd Apatow), we’ve got the first full-length trailer, which delivers a fair amount of laughs. Jason Mantzoukas, who worked with Rogen on The League, also pops up for a funny bit near the end. One can check it out below, along with the first poster, for the film also featuring Lisa Kudrow, Jake Johnson and Submarine‘s Craig Roberts.