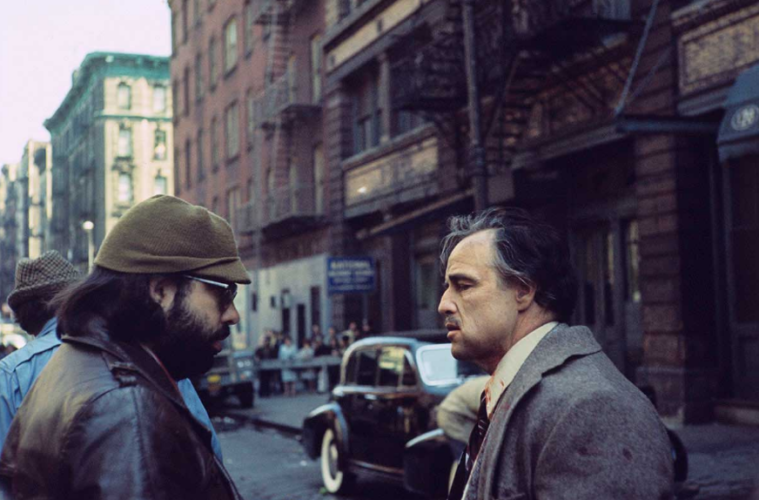 Paul Verhoeven‘s Elle, one of the best of Cannes, will be released on November 11th.

This November, Francis Ford Coppola‘s 720-page book on the making of The Godfather will be released:

The most important unpublished work on one of the greatest films of all time, The Godfather, written before filming, by the man who wrote and directed it—Francis Ford Coppola, then only thirty-two years old—reveals the intense creative process that went into creating this seminal film. With meticulous notes and impressions of Mario Puzo’s novel, the Notebook was referred to by Coppola daily on set while he directed the movie. The Godfather Notebook pulls back the curtain on the legendary filmmaker and the film that launched his illustrious career. Complete with an introduction by Francis Ford Coppola and exclusive photographs from on and off the set, this is a unique, beautiful, and faithful reproduction of Coppola’s original notebook.

Chad Hartigan‘s Morris From America will arrive on August 19th. It’s one of our Sundance favorites.

See the first and last character appearances in the films of Quentin Tarantino:

Fandor‘s Jonathan Kiefer on how Don Hertzfeldt breaks your heart and blows your mind:

One key Hertzfeldt insight is his faith in the possibility of stick-figure pathos, and the related idea that an ostensibly “crude” technique can occasion conceptual elegance. He clearly thrives on the challenge of movies made by one man’s hand from pencil drawings and construction paper, with only in-camera (as opposed to digital) effects. When situated within richly layered narration, nuanced sound design and compositional complexity—including split screens, multiple exposures and other means of attention guidance—the minimalism of Hertzfeldt’s figures is precisely what secures our relation to them. Aside from his passivity, Bill’s literal simplicity makes him a perfect vessel for our emotional projections. Also, like the drawings, Hertzfeldt’s deadpan narration may at first seem flattening, but ultimately it keeps his sentiments from seeming overstressed, and therefore reinforces them.

Watch a video essay on Hollywood’s newfound obsession with intertextuality:

Robert Bresson’s 1966 film Au hasard Balthazar has been lauded as one of the great masterpieces of cinema, coming 16th in the 2012 Sight & Sound poll. As it follows a donkey, born into pastoral bliss in rural France but then rapidly passed from owner to owner, often treated with terrible cruelty or neglect, Bresson tells his story in a supremely pared-down style. Yet this dispassionate minimalism, populated with seemingly blank performances, paradoxically evokes a complex, deeply resonant grasp of human nature, as well as glimpses of an almost tactile spirituality. Here’s a brief attempt to get inside Bresson’s reinvention of filmic language.

Watch a video essay on paintings within movies:

By the time you get to the much-anticipated “Let them eat cake!” scene in Sofia Coppola’s gravely misunderstood 2006 film Marie Antoinette, you’re either sympathetic towards Coppola’s feminist treatment of the queen’s life story, or you’re not.

The sympathizers are more likely to notice the film’s clever double-layering of historical fictionalizing within this scene: As the queen’s companions read aloud slanderous libelles from which the fake quote first originated, there is a brief imagined shot of Kirsten Dunst, who plays the queen, lying luxuriously in a bathtub wearing diamonds and dark-red lipstick, declaring the famous words in nonchalant and dismissive fashion. It is one probable vision of how the French public saw the queen, but as Coppola gently reminds us time and time again, she is not the real queen. Certainly Dunst, with her American accent, pug named “Mops,” and Converse sneakers, in no way exudes historical authenticity. Those jewels in the tub, that vampiric lipstick: This is not the queen we’ve come to know for 90-plus minutes, and so the context in which “Let them eat cake” is finally heard appears simply absurd to the particulars of Queen Dunst’s world.