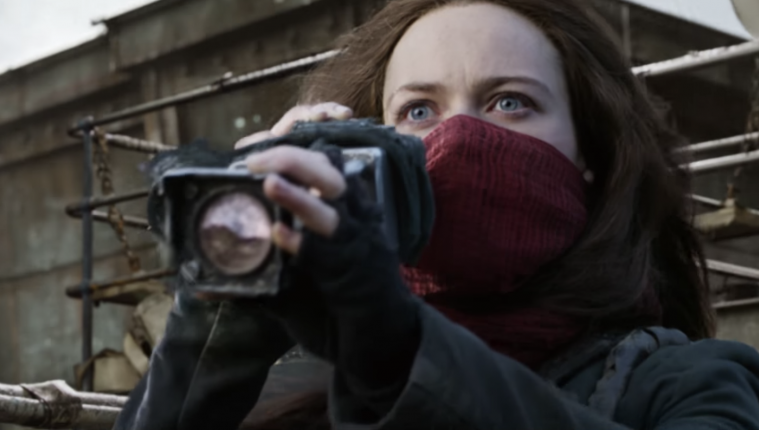 After exhausting himself with the demands of The Hobbit trilogy, Peter Jackson is taking a break from directing with no new projects announced. However, he’s staying busy on the producing side and one of his biggest upcoming features is Mortal Engines, an adaptation of the Philip Reeve post-apocalyptic novel that imagines a world where cities now reside on mobile vehicles and there are few resources left.

Directed by Jackson’s longtime visual effects and storyboard collaborator Christian Rivers, the first trailer has now landed ahead of a release in about a year. Looking like a mix between Max Max, Howl’s Moving Castle, and the steampunk worlds of Jean-Pierre Jeunet, hopefully this one will be a thrilling tentpole. Starring Robert Sheehan, Hera Hilmar, Hugo Weaving, Jihae, Leila George, Ronan Raftery, and Stephen Lang, see the trailer below.

Thousands of years after civilization was destroyed by a cataclysmic event, humankind has adapted and a new way of living has evolved. Gigantic moving cities now roam the Earth, ruthlessly preying upon smaller traction towns. Tom Natsworthy (Robert Sheehan)—who hails from a Lower Tier of the great traction city of London—finds himself fighting for his own survival after he encounters the dangerous fugitive Hester Shaw (Hera Hilmar). Two opposites, whose paths should never have crossed, forge an unlikely alliance that is destined to change the course of the future.