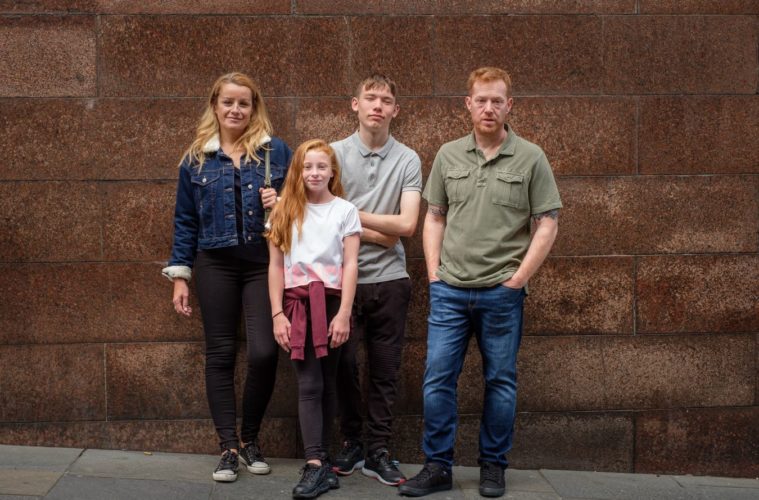 Coming off his Palme d’Or-winning feature I, Daniel Blake, Ken Loach crafted another triumphant success with Sorry We Missed You that is steeped in his trademark brand of British socialist realism. Following its world premiere at Cannes, Entertainment One UK has unveiled the first trailer for their release this November as the film still awaits a U.S. date. The trailer conveys the hardships faced by a family struggling to make ends meet under a contemporary gig economy.

In our review, Ed Frankl lauded the film and wrote, “This is a film about the eradication of workers’ rights in the post-crash age (“What happened to the eight-hour day?” a desperate Abbie says), but it’s most potent at showing how as a society, citizens have been able to accept these demonstrable volatile working conditions in the first place. This is a film about guilt, and its vicious role in making those who are in positions of unpredictable work consider whatever given to them as acceptable. Ricky may believe he has the weight of his family on his shoulders, but it’s his wife and kids who want him to slow down hours as he starts to become more and more sucked into the culture of precarious work. Instead, there’s a despairing guilt that Ricky takes on himself that convinces him that his increasingly awful conditions are his only option.”

Ricky and his family have been fighting an uphill struggle against debt since the 2008 financial crash. An opportunity to wrestle back some independence appears with a shiny new van and the chance to run a franchise as a self-employed delivery driver. It’s hard work, and his wife’s job as a carer is no easier. The family unit is strong but when both are pulled in different directions everything comes to breaking point.

Sorry We Missed You opens in the UK on November 1.