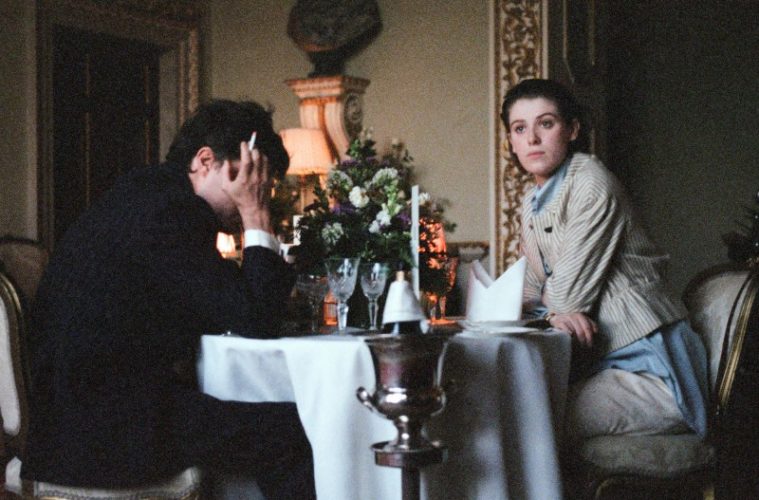 While there’s only been a few major film festivals this year thus far with Sundance, Berlin, and Rotterdam, one clear highlight to emerge is Joanna Hogg’s much-anticipated return with The Souvenir. A transfixing tale of a relationship in peril (and early days of film school), A24 picked up both this film and Hogg’s sequel, shooting this summer and which has Avengers-esque anticipation around this parts. Ahead of a release of the first part this May, they’ve now debuted the first trailer.

I said in my review, “The Souvenir melds two well-trodden subgenres and through Joanna Hogg’s refreshingly unique vision makes each feel entirely original. Her much-anticipated return after 2013’s Exhibition tells both a painful addiction story and a behind-the-scenes look at film school struggles as we follow Julie (a beautiful debut performance by Honor Swinton Byrne). The daughter of Tilda Swinton (who also briefly turns up), Swinton Byrne is in every scene, and steals them all. Akin to the revelatory introduction to Tom Hiddleston in Hogg’s first two films, Unrelated and Archipelago, she is the lifeblood of The Souvenir, which follows doomed lovers in a story that is conveyed with feels mined from achingly personal memories.”

A shy but ambitious film student (Honor Swinton Byrne) begins to find her voice as an artist while navigating a turbulent courtship with a charismatic but untrustworthy man (Tom Burke). She defies her protective mother (Tilda Swinton) and concerned friends as she slips deeper and deeper into an intense, emotionally fraught relationship that comes dangerously close to destroying her dreams.

From acclaimed writer-director Joanna Hogg comes an enigmatic and personal portrait of the artist as a young woman, combining passionate emotions and exquisite aesthetics into a lush, dreamlike story of young adulthood and first love. At once enrapturing and mysteriously unsettling—and featuring a profoundly layered breakout performance by Honor Swinton Byrne—The Souvenir is an essential and enduring film from one of our most distinctive and exciting filmmakers.

The Souvenir opens on May 17.