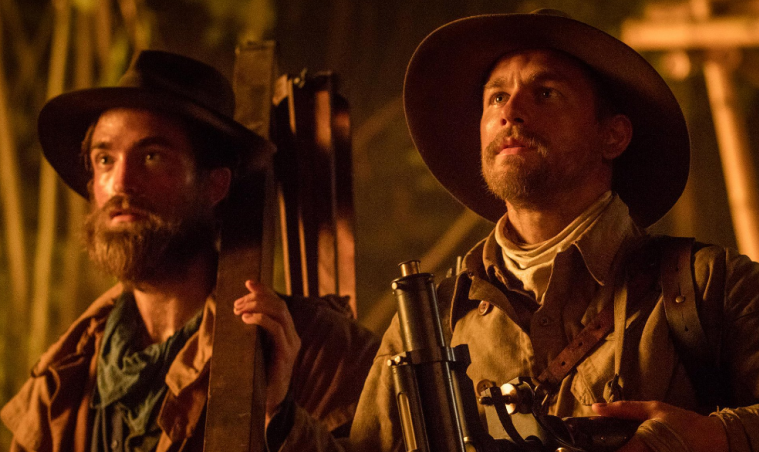 After his previous, excellent feature The Immigrant was handled quite unceremoniously by The Weinstein Company, thankfully things are looking much better for James Gray‘s follow-up The Lost City of Z. Picked up by Amazon Studios and Bleecker Street, following an NYFF premiere this past fall, it’ll arrive this spring and now the first teaser trailer has landed, running just over a minute.

Starring Charlie Hunnam, Sienna Miller, Robert Pattinson, and Tom Holland, the story follows Percy Fawcett, a conscripted soldier and born explorer who disappeared in the 1920s while searching for a mythical city in the Amazon jungles of Brazil that he believed he discovered on a prior expedition.

We said in our review, “The lushness of its images, how they simultaneously recall and move forward, in concert with its confidence in its pacing, as a work of both writing and editing, are a powerful thing taken in-tandem, and it all brings us to a final image I can’t entirely make heads or tails of but will be turning over for some time — a formidable rival to The Immigrant‘s gauntlet-thrower. They don’t make them like they used to, sure. Why should they when we have The Lost City of Z?“

Check out the teaser trailer below.

Based on author David Grann’s nonfiction bestseller, THE LOST CITY OF Z tells the incredible true story of British explorer Percy Fawcett (Charlie Hunnam), who journeys into the Amazon at the dawn of the 20th century and discovers evidence of a previously unknown, advanced civilization that may have once inhabited the region. Despite being ridiculed by the scientific establishment who regard indigenous populations as “savages,” the determined Fawcett – supported by his devoted wife (Sienna Miller), son (Tom Holland) and aide-de-camp (Robert Pattinson) – returns time and again to his beloved jungle in an attempt to prove his case, culminating in his mysterious disappearance in 1925. An epically scaled tale of courage and obsession, told in James Gray’s classic filmmaking style, THE LOST CITY OF Z is a stirring tribute to the exploratory spirit and those individuals driven to achieve greatness at any cost.

The Lost City of Z opens in NY and LA on April 14, 2017 and expands wide the following week.