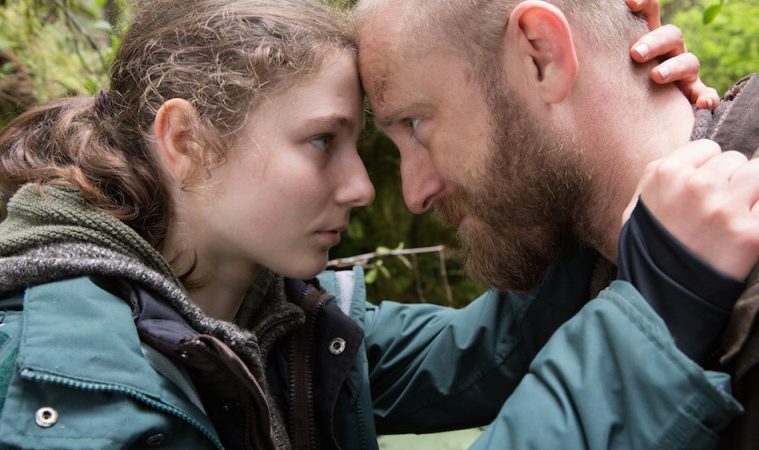 After earning much acclaim for her noir-tinged drama Winter’s Bone, which served as a break-out for Jennifer Lawrence, Debra Granik is finally back with her first narrative feature since her Best Picture nominee. Leave No Trace, which premiered at Sundance Film Festival earlier this year, tells a father-daughter story led by Ben Foster and newcomer Thomasin Harcourt McKenzie set in the wilderness. Ahead of a stop at Cannes and June release by Bleecker Street, the first trailer has now arrived.

Dan Schindel said in his review, “Early scenes of Leave No Trace feel like The Road. Not the movie adaptation, but Cormac McCarthy’s book, which evokes familial intimacy to an almost harrowing degree. Then they set out along the blacktop in the gunmetal light, shuffling through the ash, each the other’s world entire. In setting, this is that story’s pre-apocalyptic mirror, with a father and daughter living in the woods instead of a father and son wandering a wasteland. Here there is good earth instead of ash and striking greenery instead of gunmetal, and the lead characters have willingly separated themselves from civilization instead of being violently torn from it. But the central parent-child bond is of the same species, and the movie’s quiet study of it delivers similar heartbreak.”

Will (Ben Foster) and his teenage daughter, Tom (Thomasin Harcourt McKenzie), have lived off the grid for years in the forests of Portland, Oregon. When their idyllic life is shattered, both are put into social services. After clashing with their new surroundings, Will and Tom set off on a harrowing journey back to their wild homeland. The film is directed by Debra Granik from a script adapted by Granik and Anne Rosellini.

Leave No Trace opens on June 29.