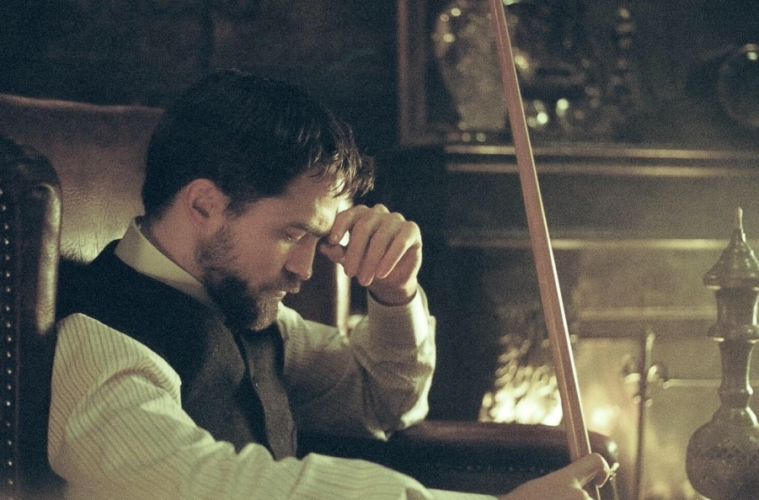 First Trailer For Brady Corbet’s ‘The Childhood of a Leader’ With Robert Pattinson, Bérénice Bejo & More

He can be seen in films from Michael Haneke, Lars von Trier, Olivier Assayas, Mia Hansen-Løve, Noah Baumbach, Bertrand Bonello, Ruben Östlund, and more, but Brady Corbet finally got on the other side of the camera for his feature debut, The Childhood of a Leader. With a top-notch cast featuring Bérénice Bejo, Liam Cunningham, Stacy Martin, Yolande Moreau, Robert Pattinson, and Tom Sweet, it’s been mostly quiet regarding the post-WWI drama since its Venice premiere last fall, but now a new trailer has landed along with news it’ll play at BAMcinemaFest next month.

We said in our review, “The feature debut from young actor turned screenwriter-director Brady Corbet, The Childhood of a Leader is an ambitious choice for a first project — a period piece tying together the post-WWI political climate and the upbringing of a child in a chateau outside Paris. The film, premiering in the Orizzonti section of the Venice Film Festival, is a huge psychological and tonal balancing act that could crumble at each turn, and yet never does.”

Check out the striking trailer below, along with new posters.

Independent film mainstay Brady Corbet (Mysterious Skin, Martha Marcy May Marlene) delivers one of the most audacious directorial debuts of the year (winning two major awards at the Venice Film Festival) with this allegory of totalitarianism in the wake of World War I. Loosely inspired by the writings of Jean-Paul Sartre and Margaret MacMillan, The Childhood of a Leader is a nightmarish coming-of-age tale charting the early stirrings of despotism in a French choirboy (chillingly assured newcomer Tom Sweet), whose father is a high-ranking diplomat assisting President Woodrow Wilson in the signing of the Treaty of Versailles. Corbet’s ambitious reflection on the dark forces of history features a special appearance by Robert Pattinson and a thunderous orchestral score by avant-garde icon Scott Walker. The Childhood of a Leader screens on June 23rd at BAMcinemaFest and will be released by Sundance Selects.