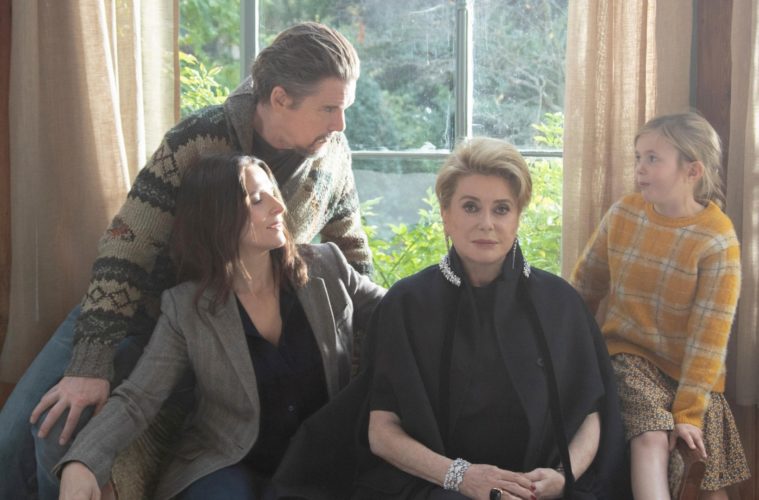 Next week, Japanese director Hirokazu Kore-eda, coming off of his Palme d’Or winner Shoplifters, will be world premiering his new film The Truth aka La Vérité as the opening selection at this year’s Venice Film Festival. Led by Juliette Binoche, Catherine Deneuve, and Ethan Hawke, the first teaser has now arrived hailing from Japan, which means no subtitles for either the Japanese or French language, but it does provide our first look at footage.

The director says, “We shot the movie in ten weeks last fall in Paris. As officially announced, the cast is prestigious but the film itself recounts a small family story that takes place primarily inside a house. I have tried to make my characters live within this small universe, with their lies, pride, regrets, sadness, joy, and reconciliation. I truly hope you will like this film.”

See the teaser and a new poster below.

Fabienne (Catherine Deneuve) is a star; a star of French cinema. She reigns amongst men who love and admire her. When she publishes her memoirs, her daughter Lumir (Juliette Binoche) returns from New York to Paris with her husband (Ethan Hawke) and young child. The reunion between mother and daughter will quickly turn to confrontation: truths will be told, accounts settled, loves and resentments confessed.

The Truth will open the Venice Film Festival.