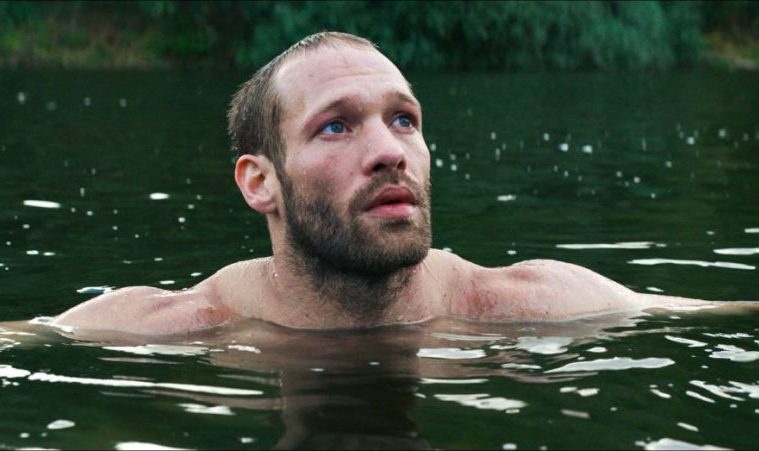 Winner of the Best Director award at this year’s Locarno Film Festival, João Pedro Rodrigues‘ The Ornithologist follows a man’s journey through Portugal in search of rare birds as his experience gets more mysterious. Speaking about shooting on location, he told us, “It was a pleasure, because those places are so beautiful and so hidden. They are so unexplored; sometimes I felt I was somewhere where very few people had been in a long time. It’s like going back in time, because those places have been like that for a long time; they’ve changed very little. You’re in a place where time has different rules, as if you could be in the past but it’s now.”

One of our favorites of the festival, we said in our review, “Publicly stated by its director to concern Saint Anthony, the Portuguese priest and friar who legend calls the most supernatural of saints, The Ornithologist luckily manages to see the profane outweigh the sacred — no white elephantine “spirituality,” but rather a progression of set-pieces. We have something of a return for João Pedro Rodrigues to his debut feature Fantasma, a nocturnal “erotic thriller” of sorts that moved by the logic of its own images, this in opposition to more character-driven films such as Two Drifters and To Die Like a Man or his most recent The Last Time I Saw Macao, a tad too much an academic exercise in mirroring post-colonialism through a deadpan “non-mystery.””

Ahead of coming to NYFF, the first teaser and pair of clips have now arrived, which can be seen below along with the poster.

As he treks through the north of Portugal in search of rare birds, Fernando is swept away by the river rapids. Rescued by a couple of Chinese pilgrims, he tries to find his way back home through the eerie, dark forests, where uncanny encounters put him to the test. He soon becomes a different man, inspired, perhaps even enlightened…

The Ornithologist screens at NYFF and is seeking U.S. distribution.