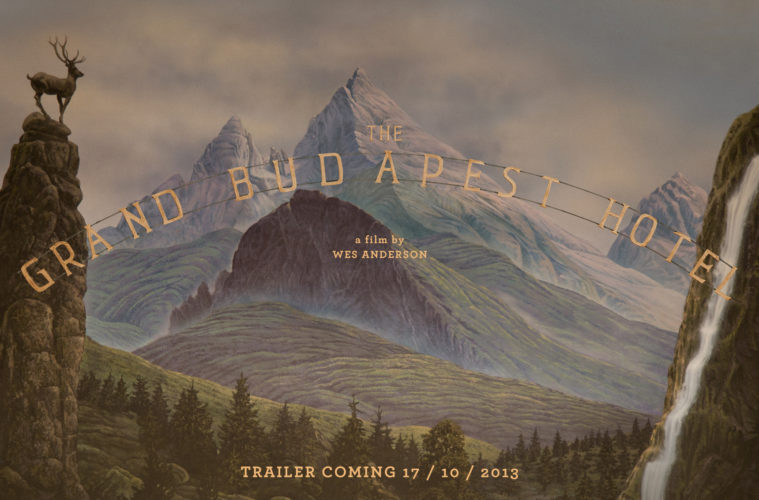 If there was no directorial credit attached to this poster, how quickly would you guess that it’s advertising a Wes Anderson movie? Four seconds? Not that such familiarity is a problem, mind you: coming off his best picture yet, it goes without saying that the one-of-kind American auteur is at the most promising point of his career — not only as a better-than-ever builder and composer of elaborate images, but as a more canny presenter of human stories. If that weren’t enough, you monster, look at the piece and try not to get just the tiniest bit excited by names hanging up there, be they first- or seventh-time collaborators.

Since the official website promises an trailer for this Thursday, a diorama display of the titular abode, some Fantastic Mr. Fox-esque matte backgrounds, and the promise of these talented folks does a decent job in holding us over — but, boy, would it be nice to jump ahead some 72 hours. For now, compare and contrast with posters of Anderson past until you turn blue.

Have a look below (via IMDb), along with a horizontal version showing off more of our titular location: Can you glean any impressions from only this poster? What are your hopes for Anderson’s return?