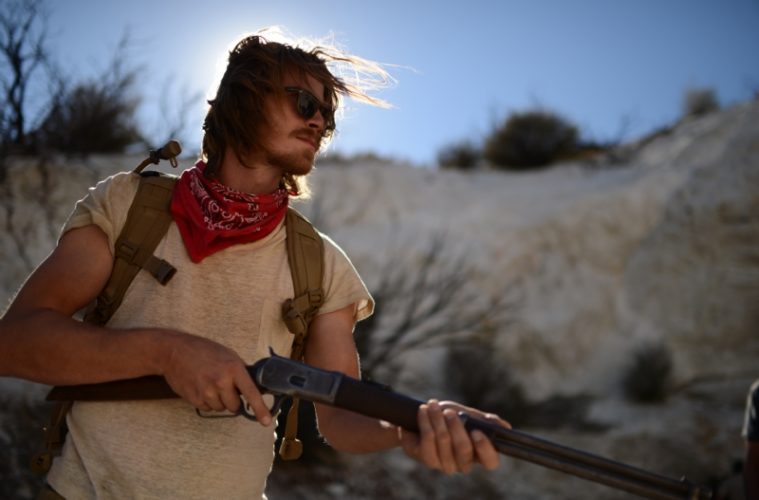 After carving out a career working on dramatic adult fare such as The Departed and Kingdom of Heaven, William Monahan jumped behind the camera for the first time with 2010’s London Boulevard. Led by Colin Farrell and Keira Knightley, it was a fairly muddled crime, but did make strong use out of Ray Winstone. While it barely registered in the United States, only grossing a paltry $16,000, Monahan will have another shot with with his sophomore effort and today brings our first look.

Starring Garret Hedlund and Oscar Isaac (who make a fine pair for a brief time in next month’s stellar Inside Llewyn Davis), the project follows a man trekking into the desert, soon coming to find a doppelganger-like antagonist who takes him into a vortex of criminality and violence.

Monahan himself has a difficult time explain the premise, telling Empire, “It isn’t anything but itself. If one were asked to provide a tagline for it — one of the idiotic lines that are always appended to movies, which are entirely like other movies and supposedly distinguished by these taglines which have nothing to do with the content of the movie and are stuck on for sales purposes — the tagline for Mojave, if one were to be honest, would be Mojave… Mojave is what it is what it is.”

Also starring Walton Goggins and Louise Bourgoin, it doesn’t have distribution yet, but one can check out the images above and below. Update: See a fourth photo below. Mojave is expected to hit theaters in 2014.