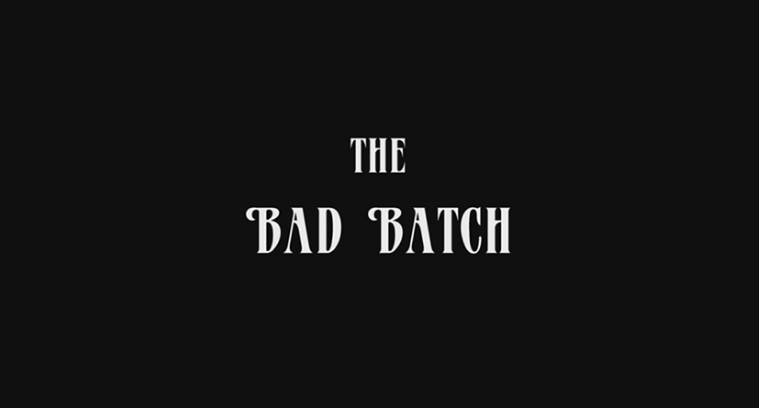 If one is somehow not looking forward to Ana Lily Amirpour‘s next film The Bad Batch, we’ll give you 100 minutes to go over to Netflix and stream her debut, A Girl Walks Home Alone at Night. [Insert pause.] All right: now that it’s one of your most-anticipated films of the year, today we have the first look. Previously described as “a post-apocalyptic cannibal love story set in a Texas wasteland,” the director added, “A muscled cannibal breaks the rule ‘don’t play with your food.’ It’s Road Warrior meets Pretty in Pink with a dope soundtrack.”

With a cast featuring Jason Momoa, Jim Carrey, Keanu Reeves, Suki Waterhouse, Diego Luna, and Giovanni Ribisi, it’s now set to premiere at the Venice Film Festival, and the event’s director, Alberto Barbera says the film “imagines that all rejects of society get literally kicked out and have to survive somehow.” As we await the premiere, check back for our review, and see Waterhouse in the first image of the Annapurna Pictures-backed film below.

A savage dystopian fairytale set in a Texas wasteland where society’s rejects are just trying to make ends meat.

The Bad Batch will premiere at Venice and is seeking U.S. distribution.