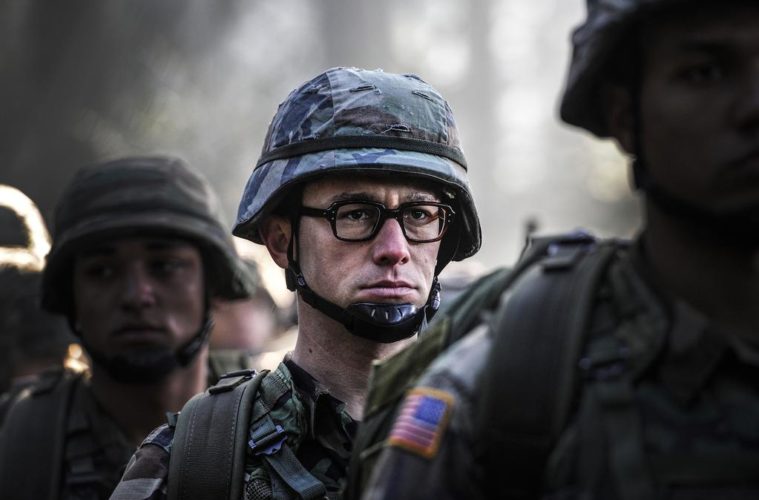 While we’re hesitant that a better portrait of Edward Snowden can be made after Citizenfour, our curiosity remains when it comes to Oliver Stone‘s drama. Led by Joseph Gordon-Levitt, Open Road have now released the first images from the film as production kicks off. Check out our lead’s comments below:

I was surprised when I first learned this about Snowden–that he enlisted in the US Army in 2004. He wanted to go fight in Iraq, but during basic training at Fort Benning, he broke both of his legs and received an administrative discharge. After that, he was still determined to serve his country (love him or hate him, you gotta admit the guy’s strong-willed) and so he ended up getting a job at the CIA, which is where his career in Intelligence began.

Today’s scenes felt like a really good way to start this shoot. It was hard, but of course, nowhere near as hard as real basic training. And me, I’m just honored and excited to be doing a soldier sequence with Oliver. I keep saying to myself: “fuck, this guy directed Platoon!”