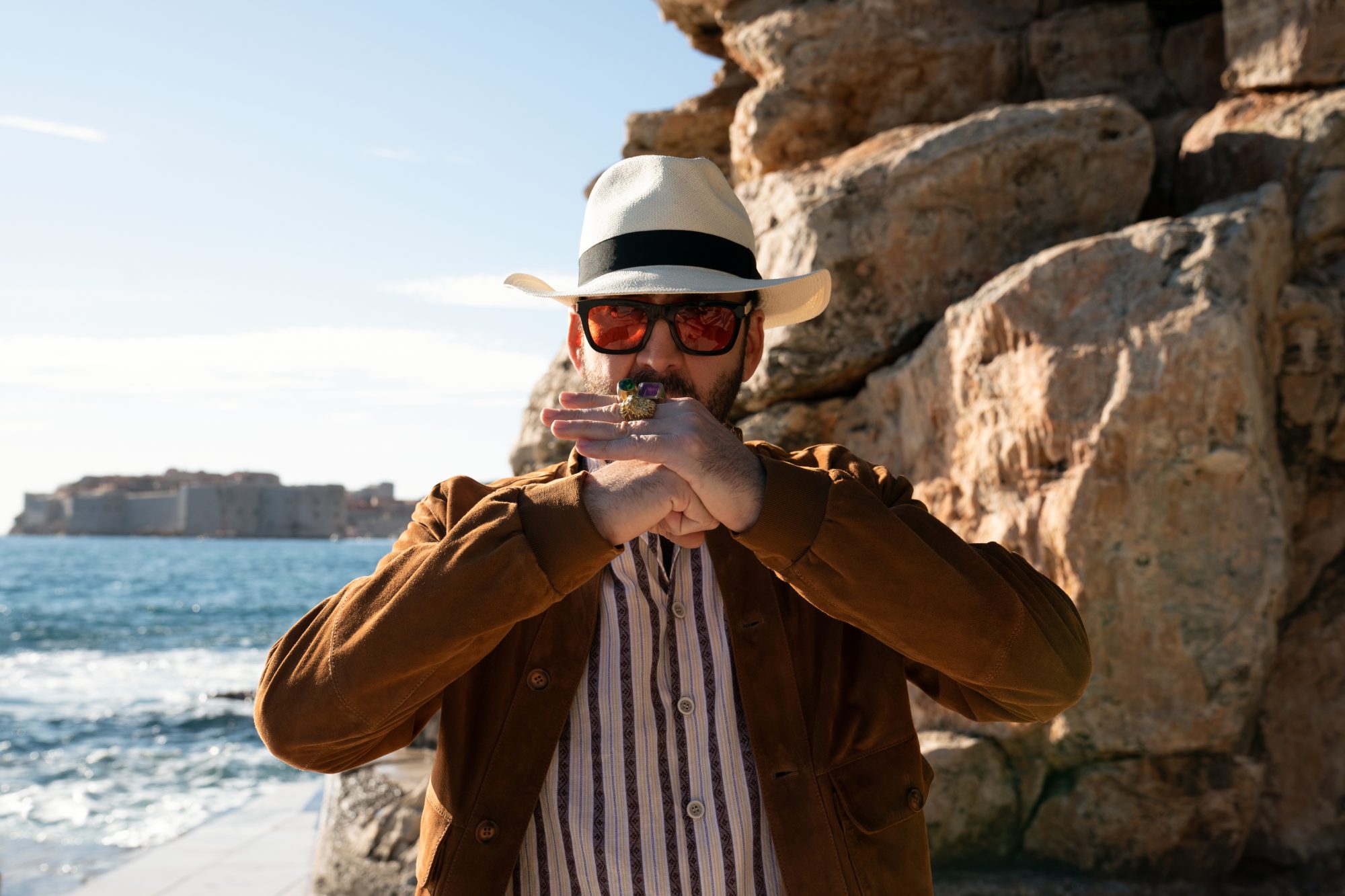 After a major year featuring one of the best roles of his career in Pig and also one of his wildest with Sion Sono’s Prisoners of the Ghostland, Nicolas Cage is getting meta to kick off 2022. Tom Gormican’s The Unbearable Weight of Massive Talent finds the actor starring as a fictionalized version of himself as he accepts a $1 million offer to attend the birthday of a dangerous superfan (Pedro Pascal) and things get crazier from there.

Also starring Sharon Horgan, Ike Barinholtz, Alessandra Mastronardi, Jacob Scipio, Lily Sheen, Neil Patrick Harris, and Tiffany Haddish, the first trailer has now landed ahead of an April 22, 2022 theatrical release. “[‘Nick Cage’] is an invented version of Nic Cage,” the actor tells EW. “The character is feeling unfulfilled and contending with the rejection that can happen so often in the small town that is Hollywood. It’s not me. I’m feeling pretty good about things.”

The Unbearable Weight of Massive Talent opens on April 22, 2022.