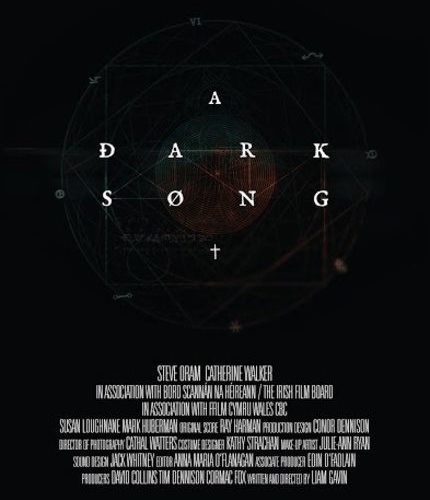 At Fantastic Fest, the largest genre film festival in the United States, you tend to get two types of films. First, there’s the wacky, chimerical, excess-for-the-sake-of-it, ratings-be-damned insanity. Then you get the very pensive, David Fincher- or David Lynch-type narratives. A Dark Song, the debut effort from Irish film director Liam Gavin, is very much the latter. An expertly constructed film, and one that moves at a snail’s pace, asks you to not just have the patience of the main character, Sophia (Catherine Walker), but also have faith that the payoff is worth all the prep.

A Dark Song is a claustrophobic picture about a woman who, following the traumatic loss of her son, has hired an occultist to perform a ritual which will allow her to get vengeance on the killers. But this is not some seance. The two are locked in an isolated house for months performing this Kubrickian ritual that must be done to the letter. Once started, there really is no going back.

There’s a great line in the film where Sophia asks her spiritual adviser, Joseph Solomon (Steve Oram), “Will this be horrible?” Without a millisecond of hesitation, his answer is a matter of fact, “Yup.” He’s done this before, but it’s a small glimpse into what we, with Sophia as our audience surrogate, are getting into along with her. There’s a lot of trust that this “professional” is as proficient with his skills as he claims. Admittedly, this sounds incredibly vague, but the film truly does benefit from the viewer knowing very little going in.

Gavin’s debut stands on its own two feet and joins the likes of other quality narratives to come through this festival, like It Follows in years past, while also having echoes of The Shining. More restrained than Kubrick’s masterpiece, it’s not to say it purposely tries to bore the audience, but rather genuinely put one in the shoes of the protagonist. Moreover, it is so slow, slight and plodding that when anything happens, it will feel you’ve had cold water poured down your back.

As Sophia continues this ritual, she conducts each part without a single question. She might be thinking it, but she knows to stay focused. All these laborious, tedious, embarrassing parts of the process are for her betterment. While some people don’t have the patience to wait for their Twitter feed to load, this determined woman endures incredible hardships for her personal and emotional gain.

A Dark Song asks a lot of questions up front, and even though less than half of them are answered, one gets so wrapped up in the drama between these two peculiar characters that, like magic, you just have to go along for the ride. The black magic ritual, and Sophia’s efforts to get revenge on her son’s killers, really amounts to a long run for a short slide. But, for what it’s worth, the trip is like being underwater for an hour and a half, so being able to come up for air with Sophia is perhaps the biggest payoff.

A Dark Song is not about jump scares or spooky empty house tropes, rather by constructing atmosphere in every frame, Gavin is going for an emotional connection that is palatable. It works well, and even more so if you’re a parent. With the exposition or finale, the experience may ultimately leave people wanting, but it effortlessly conveys uneasiness. A Dark Song is a gripping character study that succeeds because of the minimal effects and fanfare. It’ll thoroughly creep you out, especially the things you don’t see, and for a first-time filmmaker that certainly counts for something.

A Dark Song screened at Fantastic Fest 2016 and opens on April 28.