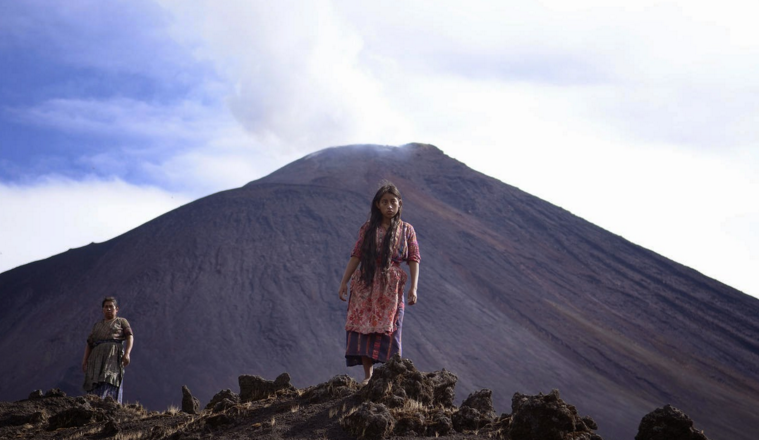 Experience Life at the Base of a Volcano in U.S. Trailer For ‘Ixcanul’

The first domestic trailer has arrived for Ixcanul, the feature directorial debut of Jayro Bustamante, which has earned acclaimed from film festivals across the globe and will arrive in theaters in next week. Recently listed as one of our 15 must see films of August, Ixcanul film is set in the hills of Gutaemala, where an active volcano resides at the top, and concerns 17-year-old Maria (María Mercedes Coroy) who has had a marriage arranged for her on a coffee plantation resting at the bottom. The trailer boasts some stunning cinematography by Luis Armando Arteaga, lensing his first narrative feature, and what looks to be a fascinating performance from Coroy.

We said in our review: “Yet Bustamante, who grew up in the Kaqchikel region, clearly sympathises with the people’s sincere ways of life. But this courageously feminist film also attacks its simplistic, reductive vision of women’s life by showing the strength and energy inherent in its female members. Coroy is superb as Maria, demonstrating a commanding inner presence alongside her mother and a cast entirely made up of non-professionals. And in the hands of Luis Armando Arteaga’s camera, the volcano becomes a spiritual centre of a burgeoning sexual and social awakening.”

See the trailer below along with a poster.

The brilliant debut by Guatemalan filmmaker Jayro Bustamante is a mesmerizing fusion of fact and fable, a dreamlike depiction of the daily lives of Kaqchikel speaking Mayans on a coffee plantation at the base of an active volcano. Immersing us in its characters’ customs and beliefs, Ixcanul chronicles with unblinking realism, a disappearing tradition and a disappearing people.