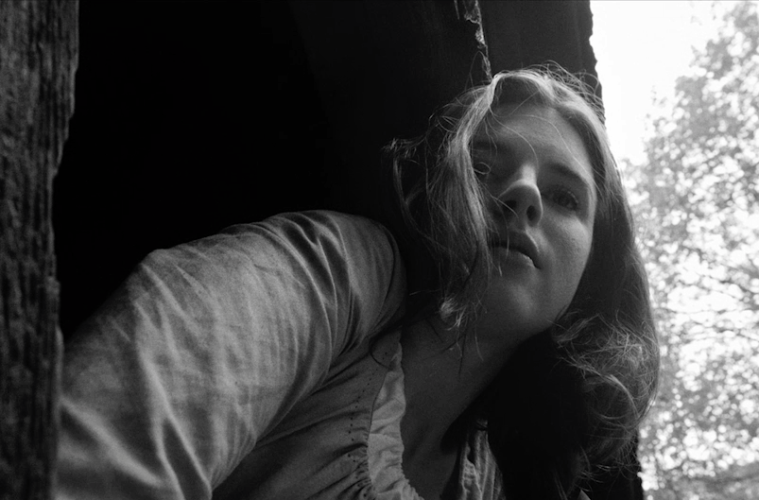 Between his overlooked To the Wonder and highly-anticipated back-to-back dramas, Terrence Malick found time to produce the directorial debut of one of his collaborators, A.J. Edwards. An editor on the aforementioned Ben Affleck-led drama, Edwards will premiere his black-and-white historical drama The Better Angels a week from tomorrow at Sundance — and, today, we’re pleased to exclusively unveil the teaser trailer.

Tracking the upbringing of Abraham Lincoln (played by newcomer Braydon Denney) over three years, the style evidenced here is far removed from Steven Spielberg‘s last picture and, as one might expect, closely in line with Malick’s work. Although it only teases a few shots, we can see glimpses of The Great Emancipator’s childhood, including bits of Jason Clarke and Diane Kruger playing his father and stepmother, respectively. As set to an original score from Hanan Townshend (Knight of Cups, To the Wonder), one can see the gorgeous teaser trailer below, along with the images and poster, and check back for our review from Park City.

Set in the early 1800’s and spanning nearly three years in the stark wilderness of Indiana, THE BETTER ANGELS tells of the boyhood hardships that shaped Abraham Lincoln, the tragedy that marked him forever and the two women who guided him to immortality. Written and directed by the Austin-based Edwards, the film employs a narrative poetry and stunning black-and-white cinematography to express the world of young Abe and his family, creating a portrait both spare and tender.