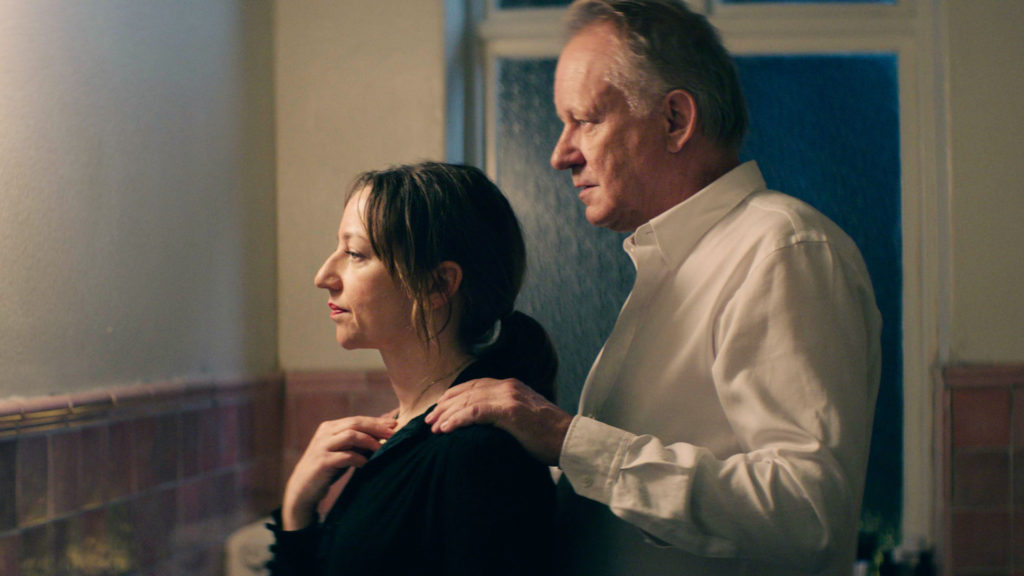 After naming it one of the best films we saw on the fall festival circuit over 18 months ago––when it premiered at the 2019 Toronto International Film Festival––Maria Sødahl’s acclaimed drama Hope will now finally arrive in the U.S. next month. Norway’s Oscar entry, and among the initial shortlist for Best International Feature Film, the film follows Anja (Andrea Bræin Hovig) and Tomas (Stellan Skarsgård) as a couple whose marriage is tested when the former receives a terminal cancer diagnosis.

Ahead of an April 16 release in Virtual Cinemas, courtesy of KimStim Films, we’re pleased to debut the new trailer, which introduces the powerful drama. It won’t be the last time we see this story, either, as the rights to the film have also been acquired by Nicole Kidman, who will star in a series adaptation for Amazon Studios.

Jared Mobarak said in his review, “While writer/director Maria Sødahl never really leaves Anja’s side to focus on what Tomas is feeling, her film Hope makes certain we know. It’s in the big things like his tearful breakdown when the doctor gives them the test results and the little things when his usual workaholic nature is subverted by showing he’s been Googling experimental treatments. Where Skarsgård really shines, however, are those moments where he can do nothing but stare back at Anja and realize that the words she speaks are true no matter how much they hurt. That’s not to say she’s absolved of blame for what’s happened to their union, but instead that he’s deluded himself into thinking things weren’t so bad. He must do better now, but he might be too late.”