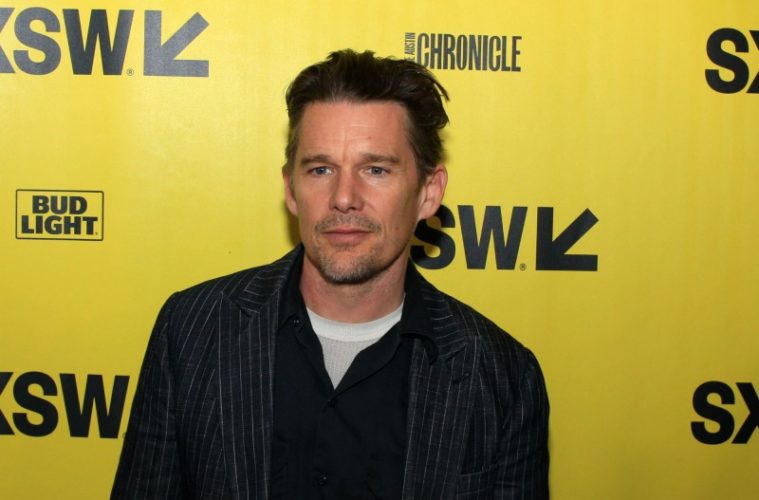 Coming off his Palme d’Or win for Shoplifters (our review), Japanese director Hirokazu Kore-eda is embarking on his French-language debut, featuring two of France’s greatest stars. Earlier this year it was confirmed that Juliette Binoche and Catherine Deneuve would be leading his new feature, and now another actor has joined the project, which is now titled La Verite (aka The Truth).

Ethan Hawke, currently in the midst of a stellar year with First Reformed and Blaze, will join the film, also starring Ludivine Sagnier (The Young Pope, Swimming Pool). A meta story involving a star of French cinema (Deneuve) and the relationship with her daughter, played by Binoche, Hawke will play the role of Binoche’s husband. Shot by cinematographer Eric Gautier, who most recently worked on Jia Zhangke’s stellar Cannes premiere Ash Is Purest White, production begins this October and November in France.

Producer Vincent Maraval told Screen Daily, “It’s sort in the vein of Sunset Boulevard… in the way it revolves around the myths and reality of an actress.” Check out synopsis below.

Catherine is a star; a star of French cinema. She reigns amongst men who love and admire her: her new partner, her former husband, her agent… When she publishes her memoirs, her daughter Juliette (who has moved to the States to get away from her overbearing mother) returns to France with her husband and young child. The reunion between mother and daughter will quickly turn to confrontation: truths will be told, accounts settled, loves and resentments confessed. All under the astonished eyes of the men. At the same time, Catherine is acting in a sci-fi movie, playing a mother who never grows old… For his first feature set outside Japan, Kore-eda unites French screen legends Deneuve and Binoche in a powerful and emotional story of family conflicts.

La Verite will likely premiere in 2019.