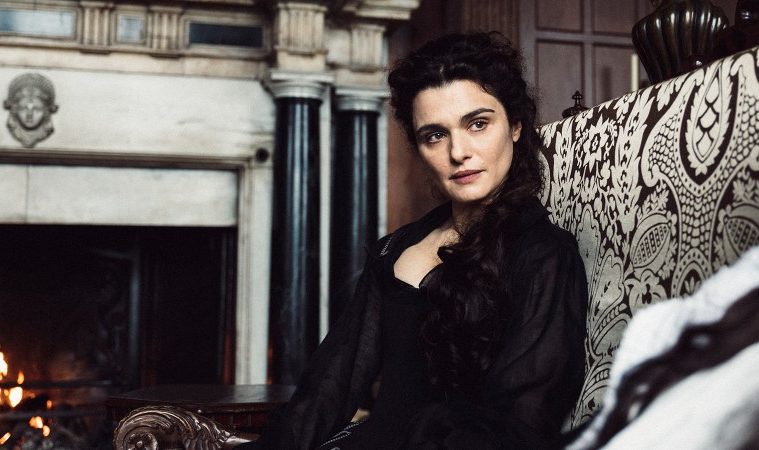 Following up The Lobster and The Killing of a Sacred Deer, Yorgos Lanthimos is back with Olivia Colman, Emma Stone, and Rachel Weisz. The Favourite follows the political machinations behind the scenes during the reign of Queen Anne, the last monarch of the House of Stuarts. Ahead of praise and Venice and Telluride, and ahead of opening NYFF, Fox Searchlight has now released a new trailer and poster.

Leonardo Goi said in our review from Venice, “A triumph of production and costume design (courtesy of Fiona Crombie and Sandy Powell, respectively), The Favourite is a joy for the eyes. Robbie Ryan’s cinematography alternates camera spins and fisheye lenses, capturing some stupefying interiors and the distorted perspective of solitary royals populating them – mirroring, to some degree, the visual experiments Lanthimos had toyed with in The Killing of A Sacred Deer. Endlessly quotable and serendipitously timely — all the more so considering the whole project was conceived nine years ago — The Favourite is a zany, piercing close-up on three women so replete with swagger as to reduce their male counterparts to disposable extras.”

Early 18th century. England is at war with the French. Nevertheless, duck racing and pineapple eating are thriving. A frail Queen Anne (Olivia Colman) occupies the throne and her close friend Lady Sarah (Rachel Weisz) governs the country in her stead while tending to Anne’s ill health and mercurial temper. When a new servant Abigail (Emma Stone) arrives, her charm endears her to Sarah. Sarah takes Abigail under her wing and Abigail sees a chance at a return to her aristocratic roots. As the politics of war become quite time consuming for Sarah, Abigail steps into the breach to fill in as the Queen’s companion. Their burgeoning friendship gives her a chance to fulfil her ambitions and she will not let woman, man, politics or rabbit stand in her way.

The Favourite opens on November 23.