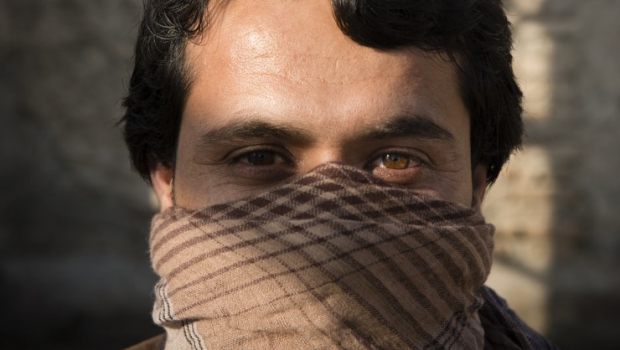 DOC NYC Review: ‘The Interpreters’ is a Vital Documentary About the Human Cost of War

Expanding on one of the stories I first encountered on the NPR StoryCore podcast, The Interpreters is an alarming call to action exploring the human cost of war that’s often an afterthought for politicians. This is the exact same thinking that has lead to veterans experiencing trauma navigating the VA health system. Centered around the unexpected close friendship between Paul Braun, a lieutenant in the Minnesota National Guard, and his Iraqi interpreter, who goes by the code name Phillip Morris, co-directors Andrés Caballero and Sofian Khan create a vital story about the maddening lack of access for veterans after battle. When Phillip tries to obtain a SIV (Special Immigrant Visa) for his family he finds himself in tied in bureaucratic nightmare.

The SIV, a cause taken up passionately by the late John McCain, allows contractors and interpreters who assisted U.S. ground troops in Iraq and Afghanistan a path toward U.S. citizenship, a process that is supposed to take months rather than years. The journey along the way hits speed bumps when paperwork needs to be restarted, requiring a dangerous journey to U.S. embassies and months and months of waiting in danger.

Phillip and Braun’s story is arguable one of the stronger strands and he becomes family briefly when he’s admitted to the U.S. without his own family. In one of many moving passages, Phillip is overjoyed at the freedom he witnesses at a simple gathering in the Mall of America. His joy is overshadowed by deep regret and longing for his family. On the U.S. side, Braun finds frustration from friends who question why his interpreter’s family can’t hop across the Mexican border and seek asylum from the Obama administration. This friendship is deeper than politics as the men share common ground, especially as Phillip prepares his kids for a life in Donald Trump’s America.

The film focuses on two others who lack an advocate in the U.S. as strong as Paul Braun: Malik, who is living in hiding with his family while waiting four years and enduring multiple security screenings for his SIV; and Mujtaba, an Afghan interpreter who flees to Turkey when the situation on the ground becomes too dangerous. His family loses their home; going at it alone they set out to cross the Aegean Sea with the help of smugglers in the film’s most harrowing moment.

Directors Caballero and Khan mix interviews lensed in the safety of the U.S. with on the ground cell phone videos and video journals, impressively weaving together these three stories told over the course of two Presidential administrations. Both administrations have failed to address the SIV issue, leaving important strategic partners behind. The Interpreters is a direct call to action. There are still men waiting for the approval of their SIV applications, in theory exempted from the Trump travel ban. The film succeeds as a high level document of policy failures as well as the touching friendship between Braun, his family, and Phillip’s family (although Phillip soon realizes The American Dream is not without substantial costs). The Interpreters is a vital documentary that deserve to be screened in the halls of Congress as soon as possible.

The Interpreters screened at DOC NYC 2018.