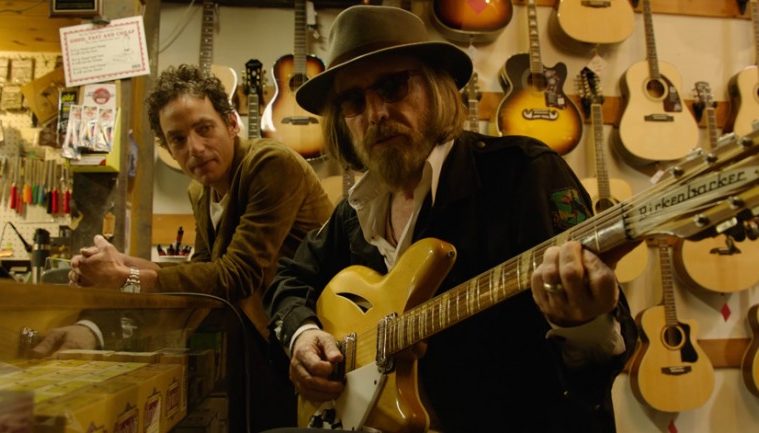 DOC NYC Review: ‘Echo in the Canyon’ is a Lovely Tribute to the Soundtrack of the 60s

A loving tribute through the eyes of Jakob Dylan and friends, Echo in the Canyon offers a behind the scenes approach to recapturing the magic of the mid-60s era Laurel Canyon music scene, which provided a friendly incubator to bands like The Byrds, The Mamas & the Papas, Buffalo Springfield, and The Beach Boys. Directed by Andrew Slater, the former president of Capital Records, the film crisscrosses between a casual conversation in Dylan’s living room–between himself, Beck, Regina Spektor, and Cat Power–and Dylan’s interviews with stars of the era like Brian Wilson, Graham Nash, Ringo Starr, and Eric Clapton. In between the gossip and insight we see Dylan and popular musicians of the late 90s like Fiona Apple and Norah Jones working on–and later performing before a live crowd–these Laurel Canyon tunes.

The resulting documentary is quite similar to Dave Grohl’s 2013 film Sound City, although while Dylan keeps his cool around the luminaries, Grohl couldn’t resist being a fan boy around guys like Rick Springfield. Still, both films have a unique charm as talented musicians explore their influences. For Dylan it’s the intersection of rock and folk as the Laurel Canyon scene tended to be dominated by bicoastal musicians who workshopped their sound in both New York’s Greenwich Village and in the hills of LA. Rather than sit in night clubs, the scene tended to be comprised of drop-in house parties and listening sessions–what a wonderful place it must have been.

The bands cite Jacques Demy’s film Model Shop as an influence on the scene, encouraging artists from the New York, London, and Toronto to flee to the informal West Coast where they found a certain freedom away from the whitecoat engineers that took a scientific approach to making music. The most touching passages in the film explore the early days of The Mamas & the Papas with Michelle Phillips providing a guide to the heartbreak and heartache, the bicoastal longing, and her own desire to be free, despite her marriage.

The music and the personalities remain the star of the show, framed by Dylan’s reinterpretations of the classics both in the studio and on-stage. The documentary strikes a balance between concert film, travelogue, and a behind the scenes look as artists talk about their influences–regrettably there is only so much ground the film can cover in an 85-minute span. The inevitable collector’s box set may be worth owning as the concert performance must have been something to witness in person.

Dylan, however, is an unexpected host for this journey. Often, it appears he listens more than asks these difficult questions. Echo in the Canyon is as informal as it is delightful to watch, guided by the music rather than the egos and personalities. I imagine there’s a lot that’s been left on the cutting room floor; with these kinds of stories and this music, the film’s main sin is that it leaves us wanting a little more of everything it offers.