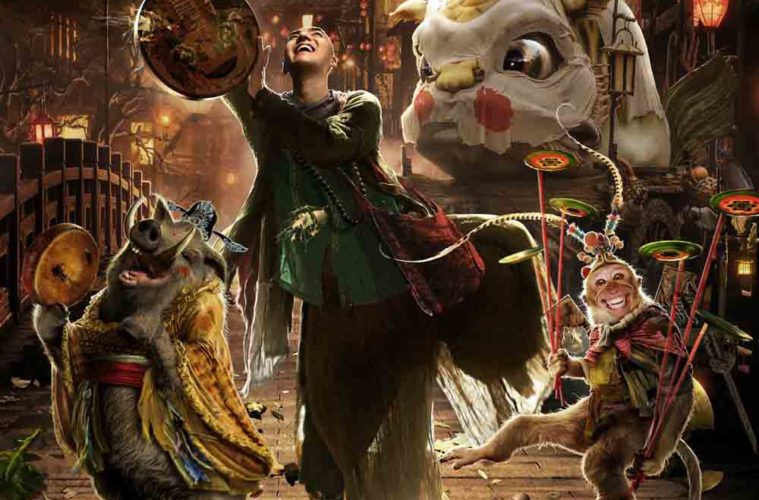 Demons, Monkeys, and Ice Men Brawl in Trailer for Stephen Chow and Tsui Hark’s ‘Journey to the West: The Demons Strike Back’

Stephen Chow‘s Journey to the West: Conquering the Demons quickly took off upon its international release in early 2013, earning praise for and winning audiences with its (typical of the multi-hyphenate) inventive action sequences, soon going on to become the highest-grossing Chinese-language film of all-time. It has since been surpassed by Chow’s follow-up feature, The Mermaid, and, if the trailer for Journey‘s sequel, subtitled The Demons Strike Back — that’s how life works: first you conquer the demons, then they strike back — is indicative of what we’re to get, he may hit the seemingly impossible three-peat.

Written by Chow and directed by the legendary Tsui Hark, it concerns palaces, slums, royal figures, bums, monkeys, ice men, and, yes, demons, all of which are either the setting for or focus of huge-scale, CGI-assisted action sequences that, in most cases, would look like far too much. But the noise (visual and aural) is promising when it emanates from these voices — and sometimes you need a giant, gold hand harnessing the powers of the earth, or whatever in the hell happens in those final few seconds. (Again: maybe too much! But who cares!) Here’s a brand of kitchen-sink blockbuster filmmaking I can look upon with anticipation.

See the preview below (via @TheEndofCinema):

Tang Monk brings three disciples on a journey to the West. On the outside, everything seems harmonious. However, tension is present beneath the surface, and their hearts and minds are not in agreement. After a series of demon-capturing events, the monk and his disciples gain mutual understanding of each others’ hardships and unease. Finally, they resolve their inner conflict and work together to become an all-conquering, demon-exorcising team.

Journey to the West: The Demons Strike Back will be released in China on January 28 and, via Sony, in the U.S. sometime this year.