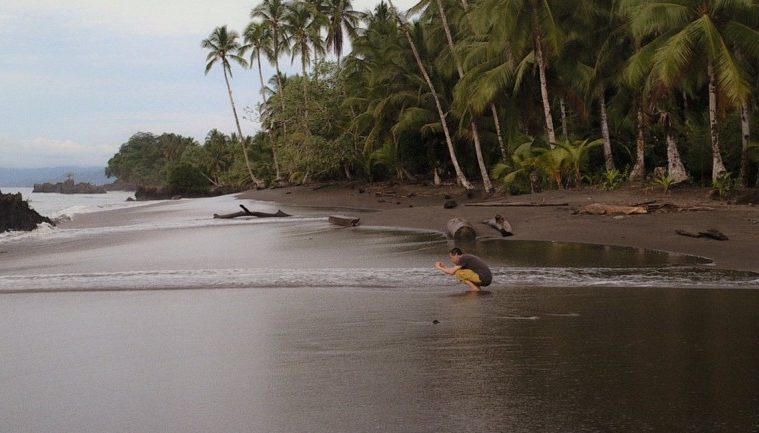 As part of the Meet the Filmmakers series, A.W. A Portrait of Apichatpong Weerasethakul, is now screening on the Criterion Channel on FilmStruck. Directed by Connor Jessup, who will be most familiar to viewers as a cast member on Falling Skies and American Crime as well as his breakthrough lead performance in Stephen Dunn’s Closet Monster, he is also a filmmaker in his own right with two short films under his belt, Boy and Lira’s Forest. Jessup is influenced by the work of Thai filmmaker Apichatpong Weerasethakul, for whom his admiration runs very deep. A mid-length documentary that leans neither towards behind-the-scenes nor bio formats, A.W. is a leisurely and meditative piece that matches the filmmaker’s easygoing personality and patient rhythm. Made well ahead of the production of his next feature, Memoria, which will be set in Colombia and star longtime friend Tilda Swinton, Jessup catches the director at the writing stage as he immerses himself in the surroundings that will shape the film.

I spoke with Connor about the project and his experience in Colombia with one of our great contemporary filmmakers.

How did this project come together?

A few years ago, I blindly sent Joe a short film I had made and basically said: you don’t need to reply, but your movies are important to me, so I wanted to share. He got back right away and was really kind. I felt like I was floating. We met up in a few different places after that and became friends, or at least became friendly. Again, I felt like I was floating. Like Joe says in the film, he’s very approachable. When Criterion decided they wanted to make this documentary, they reached out to his longtime distributor, Strand Releasing, who I know from my work as an actor, and it was their suggestion that I should be the one to do it. It was really just a series of interlocking coincidences and good luck. I felt like a child among heroes. I’m still suspicious about the reality of the whole thing!

What’s your relationship with Apichatpong’s cinema?

The first I heard of Joe was when he won at Cannes, when I was fifteen. I remember his acceptance speech, in that terrific white tux, when he complimented Tim Burton’s hair and talked about the mystery of movies. I saw Tropical Malady right after that and it had a profound impact on me. It was so much fresh air. It was like seeing the culmination of some alternate history of cinema, a history divorced from theatre or something, where sound had always meant more than story. It was a great release. Like: You can do that, too? What really moved me most, and still does, is the warmth of the mystery in his films, the sense of love and sweetness, the rejection of cold austerity, the total rejection of cruelty and despair. To be able to make movies that are that strange and deeply ambiguous, but still so friendly…

What was it like spending time with Joe in Colombia?

We were in Colombia together for about a week, the two of us, my cinematographer Josée Deshaies, and our little crew. We spent a few days in Medellín, and a few on the coast near a town called Nuquí. It was the most difficult and moving experience I’ve ever had working. I mean, I was totally in over my head, and time was tight. I traveled between abject horror at my own insufficiency and real, deep hope for the future. Joe was so generous, and not just with his time. He takes friendship seriously. There isn’t a condescending bone in him. I had a sense of all that going in, but what really got me on that trip was the depth of it. I love him very much. He’s taught me a lot.

A.W. A PORTRAIT OF APICHATPONG WEERASETHAKUL, a new documentary on Thai cinema maverick Apichatpong Weerasethakul by actor & filmmaker @connorjessup as part of our MEET THE FILMMAKERS series on @criterionchannl on @filmstruck! pic.twitter.com/FSXtOxsgoV

It’s neither a behind-the-scenes nor bio doc — could you talk about the unique approach?

We never had much interest in taking a biographical or critical approach. I’m not a structural thinker, so the idea of creating a comprehensive profile of someone’s life or work is horrifying. Also, I usually find those sorts of A-Z docs about artists a little bizarre, personally. The old Cinéastes de notres temps pieces are really amazing, so those were an inspiration; that sort of minor, casual style. Beyond that, honestly, the form of the film was due more to circumstance than intention. For example, the idea of Joe shooting me, which ended up being central, wasn’t planned at all. It came about once we were all there together. He suggested it almost teasingly, because he had an exhibition the next month that he needed to fill out, and I could’ve leapt for relief.

Could you talk more about the collaborative nature of A.W. and Joe turning the camera around on you?

Joe is always filming. It’s one of the first things you notice when you spend any time with him. He has a little Harinezumi video camera, and a Leica still camera, and a notebook – between those three things he’s almost always recording in one way or another. So there’s an extent to which him filming me was unavoidable. And collaboration, friendship, boundaries––that’s what Joe’s work has always been about. That’s why he was in Colombia, too. So, it felt right to center the film on that. Actually, if we had had more time, I would have loved to wander more and include all the people he met along the way in his time there.

At what stage in development was the new feature?

When we joined him, he was just finishing a two-month zigzag through Colombia, writing the treatment for the new film, Memoria. From what I understand, he had some sense of theme and plot before the trip, but really the majority of the film came during those months. He kept saying that he needed memories, that he needed to borrow and collect memories. Unlike in Thailand, he had no history in Colombia, no sense of geography or politics or how any of that intersects with individual and collective memory. So, he was on a Pokémon hunt for memories there, I think. He’s intimidatingly curious.

You talk about it candidly with Joe in the film and he expresses a little uncertainty…What do you think of him making his first feature outside of Thailand?

I think it’s going to be beautiful, as a movie and for him personally. I just read a draft of the script a few weeks ago, and it’s astonishing. I mean, I cried and cried. Half from its crazy sad beauty and half from how funny it is. It was a catharsis I didn’t know I needed, reading that after this experience. But I also understand Joe’s uncertainty, and it fills me with hope. It’s a really alive form of uncertainty. It’s very exciting. And Tilda! I’m excited for Tilda. This has all been a long scheme for me to get to her.

Documentary is a departure for you, is it something you would explore again and did it open any new doors for you creatively?

It opened too many doors, maybe. It was a bit of a shock at times. My background is entirely in fiction, so I had a lot to learn. I would love to do more in the future, though. Documentary is huge with possibilities, and this film has given me so much, on a personal and technical level. That said, I’m looking forward to getting back to fiction, at least for a bit. It will probably help me process everything I’ve learned on this.

A.W. A Portrait of Apichatpong Weerasethakul is now streaming FilmStruck, along with a collection of his films. 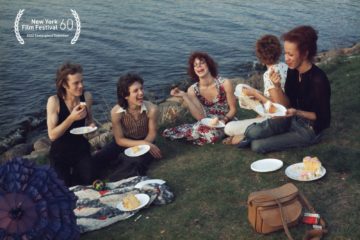